Detailed reviews of mainstream & classic English language movies from the 1930's to the present day.

I love movies. I have always loved movies. I can remember, as a child, the excitement and expectation of the Saturday night film. If I was lucky it would be a western, a gangster film, science fiction or my particular favourite something with medieval knights. If I wasn't quite as lucky it would be a romance. This was the 1970's when we could only receive the one television channel, BBC1, so the Saturday night film seemed like something special. Of course, the BBC encouraged this special feeling by branding it as "Saturday Night at the Movies" which included some graphics and theme music before the opening credits of the selected film. As soon as I heard that theme music it meant it was time to rush through to the living room, sit down in my usual chair and get ready for the entertainment.

Kirk Douglas in The Vikings (1958) as you might have seen it in the cinema.

That all seems like a another world away now when we have the choice of hundreds of television channels, Blu-ray film rentals, on-demand subscription services and downloading from the Internet. In our media focused culture it is not unusual for people to have a dedicated home cinema with either a large screen television or projector unit and surround sound audio systems. Our audio-visual equipment was a little more modest when I was a child. We had a 22 inch monochrome television, which only received BBC1 transmitted in 405 lines, housed in a wooden cabinet with four feet, folding doors and one large speaker below the screen.

The love of films has never left me and I still enjoy the experience of sitting down and watching from beginning to end without interruption. I like my films to have a story that makes sense, good acting and for the film to leave me something to think about. Great music, scenery and special effects are nice to have but not essential for an enjoyable film. Most of the films reviewed will be ones I thought I would enjoy, as after all I have spent money on buying or renting them, but as you will read it doesn't always turn out that way. 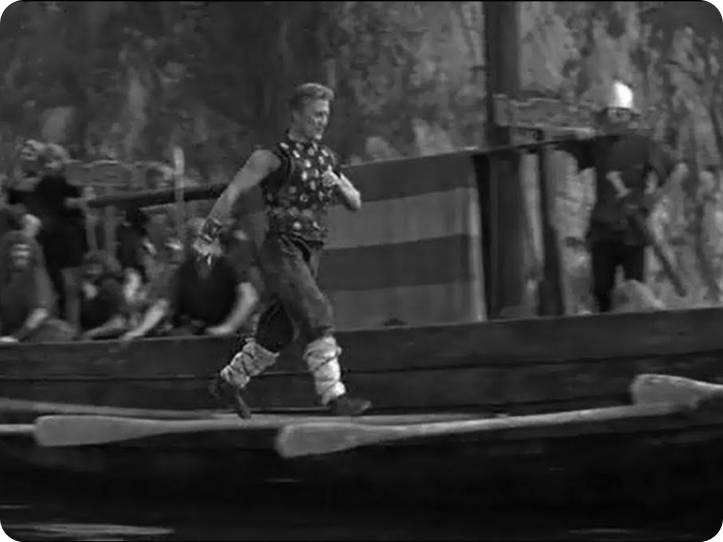 Films reviewed will be from the late 1930's to the present day and would be what most people consider to be mainstream English language films produced in the UK and USA. I won't be giving films a star rating or a thumbs-up/thumbs-down but hopefully you will find my reviews interesting, informative and entertaining.

The reviews will avoid discussing the plot in detail as it is not my intention to spoil the enjoyment of those who have not yet seen the films being discussed.

Please note that the screen captures presented are for the purposes of review and critical discussion. Unless stated otherwise the movies reviewed will be under copyright.

I will use the terms movies and films interchangeably although in conversation I would normally use the latter rather than the former. The usage of films is probably used more in British English and movies in North America but I am sure readers will be comfortable with both. For me the word movies still evokes memories of those early Saturday evenings and a sense of anticipation (even if it was a romance).

To find the movies reviewed so far (and some other movie related articles), click this link.