I started noticing that there was a screeching noise from the engine bay in our VW T25 campervan when starting the engine. I decided it must be the auxiliary belt needing tightened or replaced. However, I delayed doing anything about it as I had recently looked at the belt when replacing a section of the cooling pipe and it looked fine then. Anyway, even if it needed replacing it wasn't a problem as I had a spare. 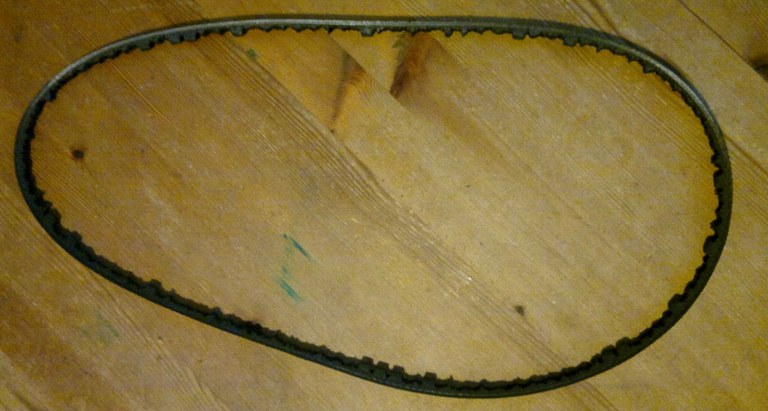 When I took it out I got a bit of a shock. "Ooh, that looks really bad" or words to that effect.

Unbelievably, it had been chewed by mice. We have had this kind of problem before but it is the first time they have tackled an auxiliary belt.

For afters: what could be better than a nice tasty ignition lead? 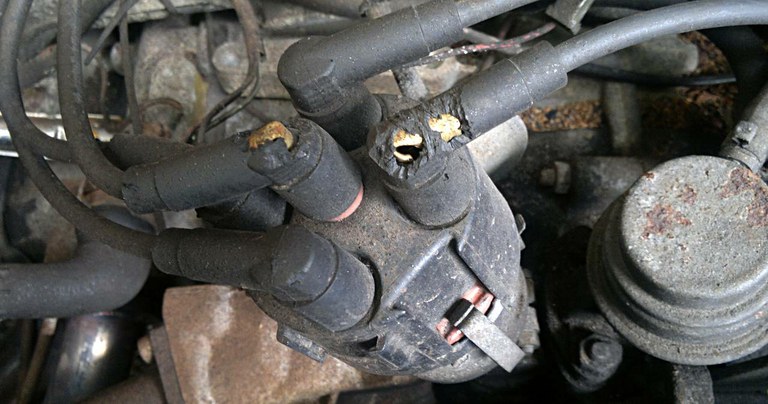