Buzz Aldrin revealed on Twitter that after his Apollo 11 mission he had to complete an expenses claim and a customs' declaration form. Which just goes to prove that if you work for the government, US Government in this case, you can't get away from completing the proper paperwork. The forms include some real gems which sound like they might have been made tongue in cheek.

The customs form states the flight number as "Apollo 11" which is a pretty exclusive flight club. The declaration then goes onto state that the cargo was "moon rock and moon dust samples". Finally, and a little ominously, the form asks "Any other condition on board which may lead to the spread of disease:" to which the answer was "To be determined". Gulp! 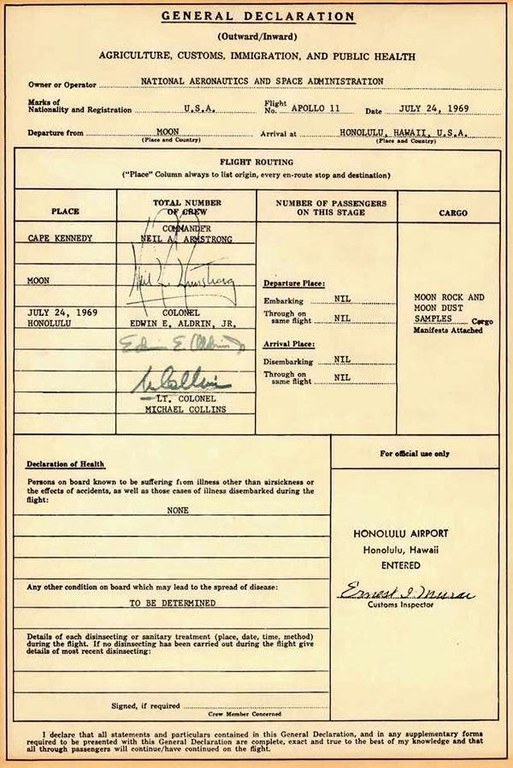 The expenses form lists his travel locations and modes of transport which includes Cape Kennedy to the Moon by "Gov. Spacecraft". Disappointingly his complete claim was for only $33.31 partly because "Government meals and quarters furnished for all of the above dates". It's a shame he didn't have a mileage allowance. 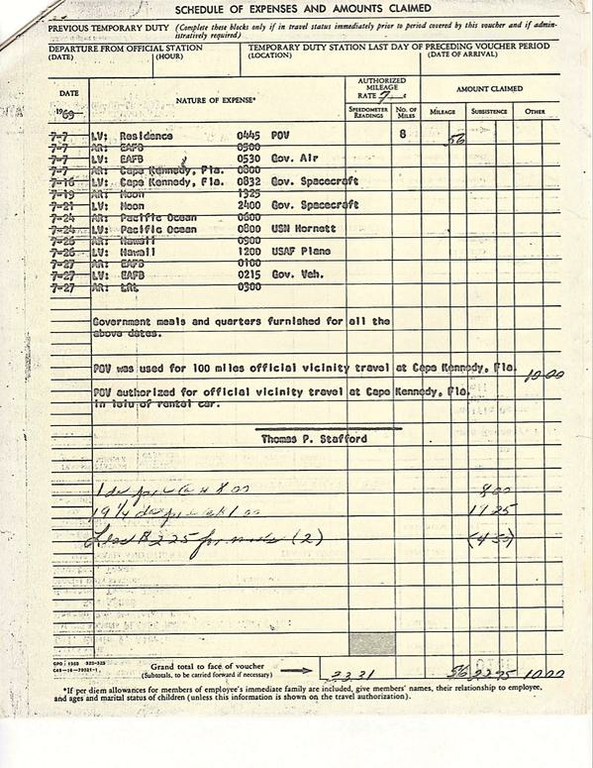