The long period of sunny weather we have experienced in the Highlands this year, starting in April, seems to have increased the number of birds striking the house windows. The angle of the light hitting the windows, the light intensity and how bright it is in the room, all have an effect on how transparent the windows look. The birds, presumably, don't see the glass and believe they can fly-through the gap. I was dismayed when a juvenile song thrush (Turdus philomelos) struck the sitting room window, and died. I had to do something to combat the problem. 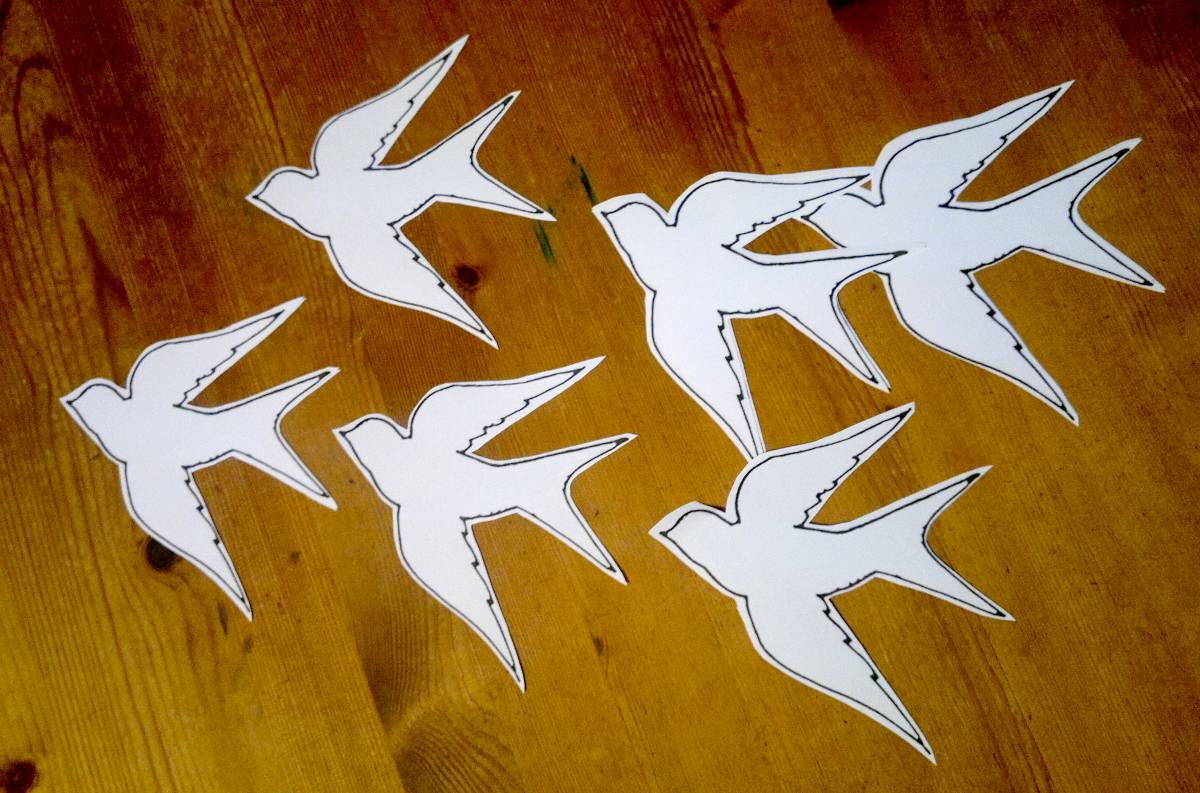 It is possible to buy ready-made decals which either are coated on one side with adhesive or are static-cling, so they stick to the window. The decals are typically bird shaped, and most often represent birds of prey. The idea is to warn, or scare away, the birds, thus preventing them from striking the windows. I decided to make my own bird strike deterrent, by placing a graphic on a page, and then printing them. I'm not convinced they need to be bird shaped to achieve the objective. However, I chose a swallow-like shape because it appeals to us humans, even if they aren't recognised as such by the birds.

After a few weeks usage, we haven't had one bird strike.

I placed three of the swallow shapes on one A4 page. I then printed four copies and placed the sheets on top of each other. Using sticky tape I stuck the sheets together along each edge. Finally, using sharp scissors I cut around the shapes to get a dozen identical swallows. I use one swallow per window, attached with a small piece of sticky tape.

If you want to try the same, you can download my template, which I have provided in PDF format.