I took this photo on the evening dog walk two nights ago, when we had some lovely weather. I quite liked the composition of the photograph, but it wasn't until I started processing the photo that I noticed something else special about it. As it was in the gloamin my smartphone decided to fire the flash. I noticed the flash when I took the photo, so I disabled the flash and took another shot. After all, the smartphone flash wouldn't have an effect at a distance of around 8-10 metres. However, I was wrong. When processing the photo I noticed Neachdainn had bright eyes. Even from that distance, with the smartphone's weak flash, it was enough to create a reflection in Neadainn's eyes. As nothing else in the photo shows any flash effect, Neachdainn's eyes look mysterious. I like it. 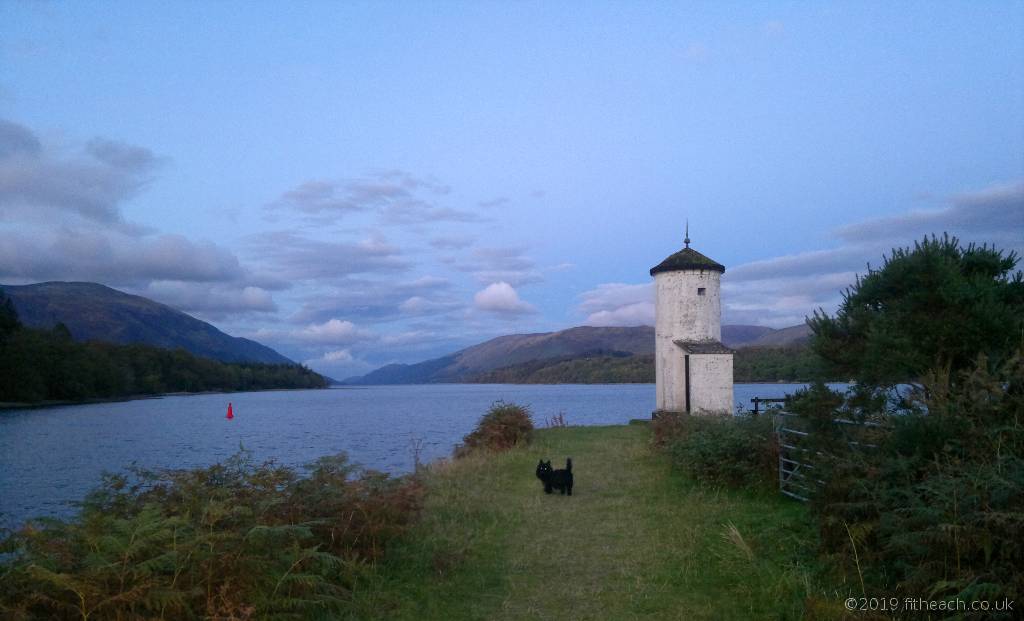 Neachdainn, the Scottish Terrier, standing at the loch shore with a glint in his eyes.