Some time ago I decided to get a copy of David Niven's autobiography The Moon's A Balloon. I sourced a copy from a well known online purveyor of books (and just about everything else) for the princely sum of 1p. The book was a secondhand paperback yet it was in very good condition. Somehow the online purveyor and the originating bookshop manage to make some money out of the postage charge plus £0.01. It was only once I received the book that I realised that David Niven was born on the 1st of March 1910 exactly 100 years ago today. Sadly, Mr. Niven isn't with us today but if half of the stories I have read online are true he had a high old time when he was around. 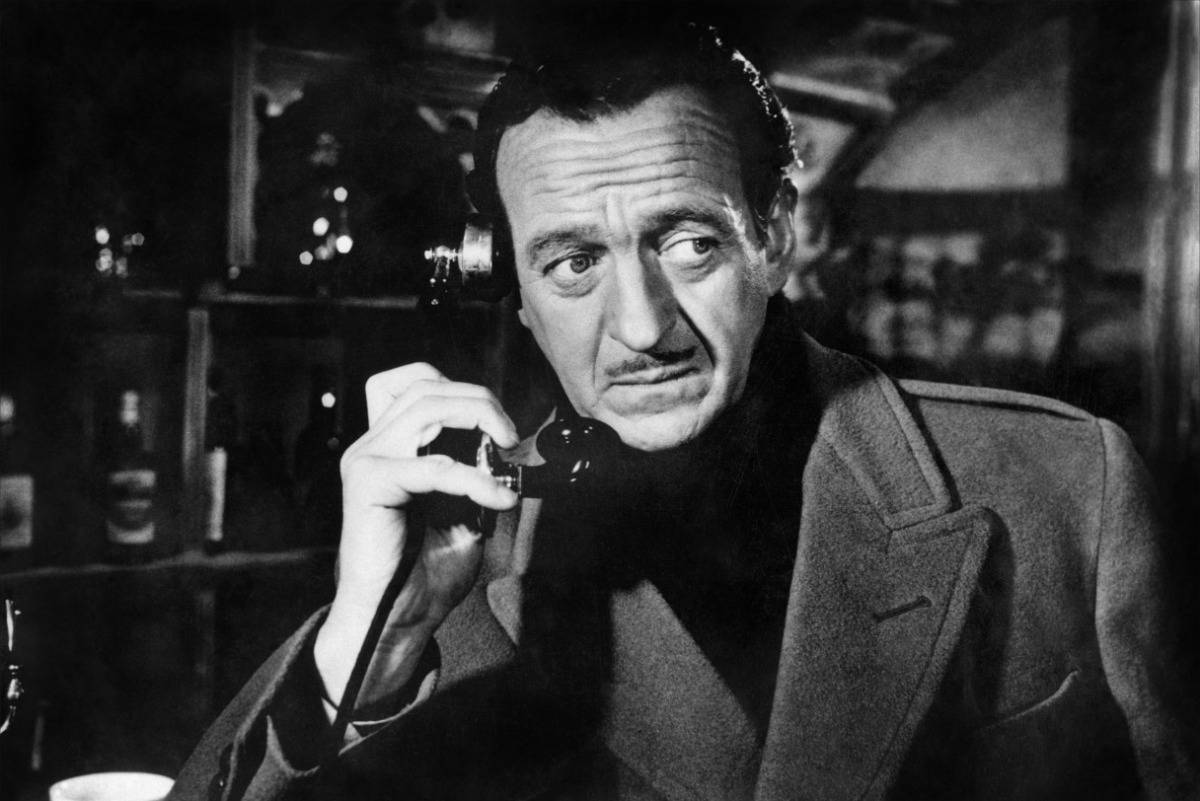 I haven't had a chance to read the book yet, but glancing through the pictures I came across one of a dinner party attended by, among others, Douglas Fairbanks Jr., Cary Grant, Ronald Colman, Nigel Bruce, Herbert Marshall, Brian Aherne, Laurence Olivier, Basil Rathbone, George Sanders and David Niven. That is most of the male A-list celebrities of 1940's Hollywood - I bet that was some party.

David Niven had a reputation as a great storyteller and a fantastic wit sometimes at the expense of his friends. One such friend was Errol Flynn of whom he once (allegedly) quipped "You can count on Errol Flynn, he'll always let you down."

I am really looking forward to reading this book.