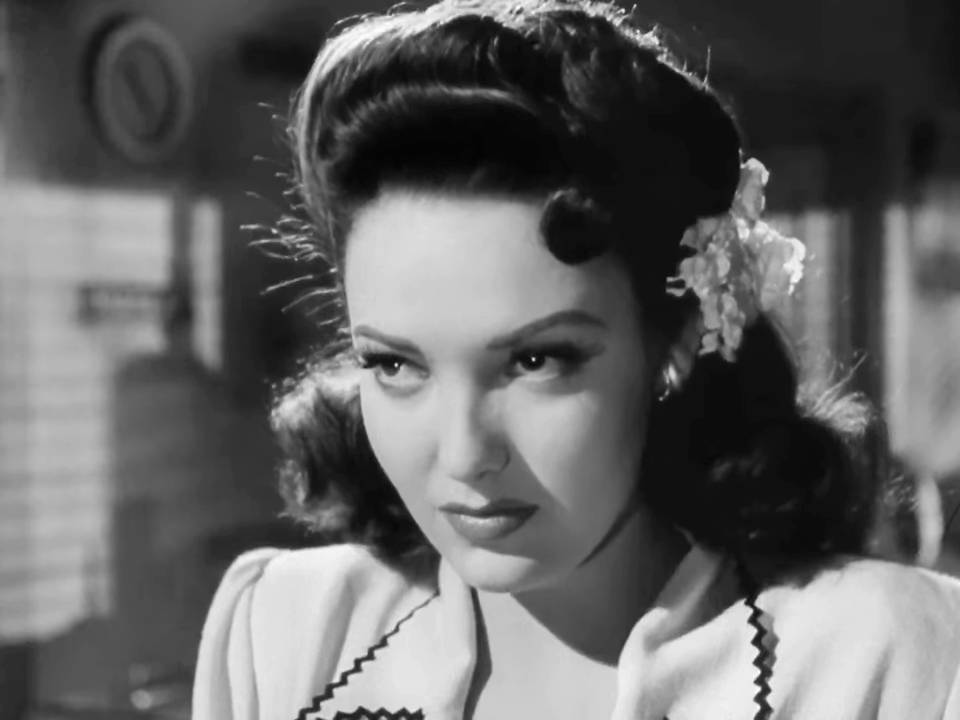 Eric is on his way to San Francisco by bus, but he doesn't have the $2.50 needed for the remaining part of the journey. The bus driver demands he leaves, and Eric finds himself in the small town of Walton. He enters a greasy spoon café called Pop's Eats, where he orders a coffee and a burger. While he waits for his order the sultry Stella enters the café. Stella works at the café, but hasn't made an appearance for a few days. Pop doesn't make any mention of Stella's non-attendance and instead fawns over her. Pop even hands her the burger that Eric had ordered. However, it isn't just Pop, Judd, another customer, and Eric are admiring Stella, too. Stella knows the effect she has on men, she doesn't care, she treats all of them with disdain. Eric wants to win Stella, but how can he do it? 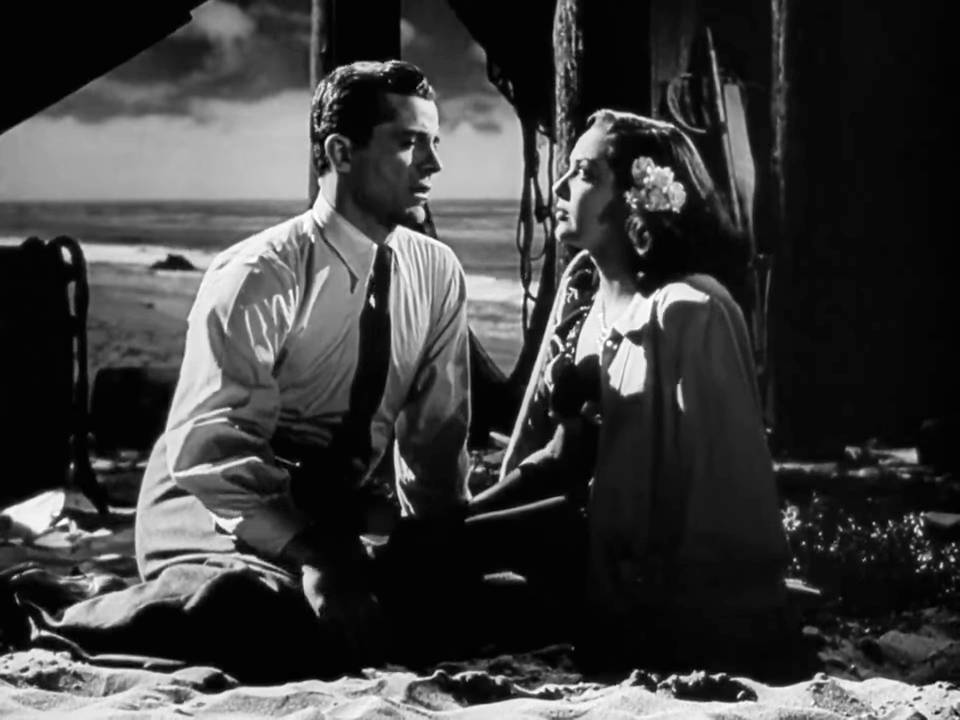 Eric (Dana Andrews) and Stella (Linda Darnell) at the beach

Fallen Angel has all the elements of a classic film noir: the sultry femme fatale, moody black & white photography, a mysterious murder, our hero with his back against the wall and a surprise twist at the end. The film was even directed by Preminger, who had a big hit the previous year with another film noir, Laura (1944), starring Gene Tierney and Dana Andrews (again). 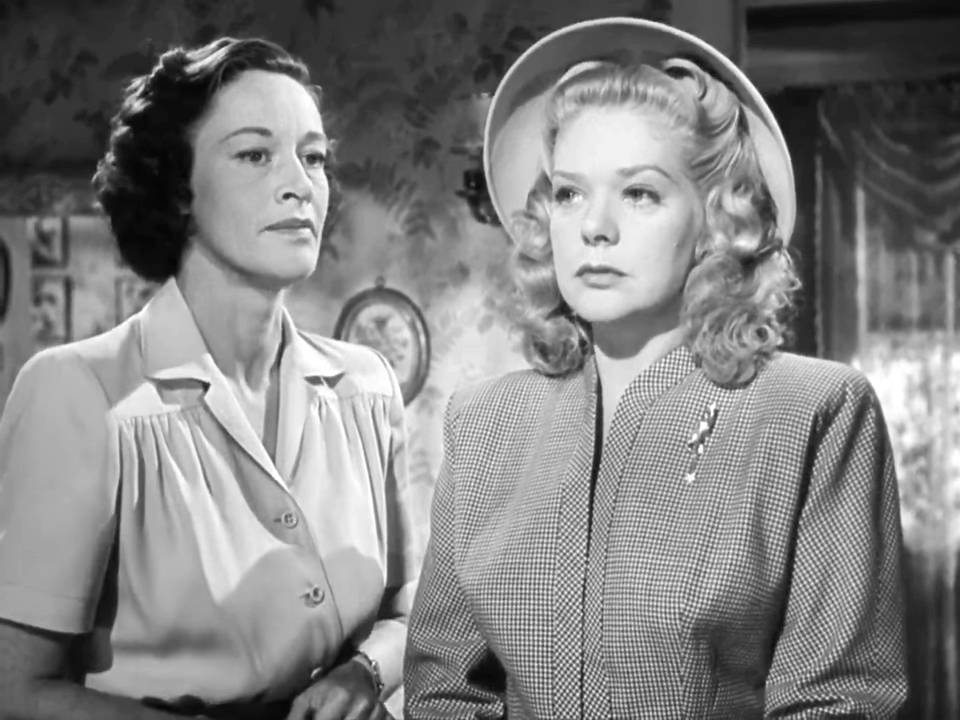 So, it would seem Fallen Angel has everything going for it. However, it doesn't quite achieve greatness. Part of the reason is the character development of Eric. He begins as a sympathetic drifter who is out of luck and out of money. Pretty soon Eric becomes very unlikeable. He does some nasty things. Unlike a Sam Spade he doesn't have any redeeming characteristics, like a rapid-fire wit or a conscience. It becomes hard for the audience to care what happens to our hero. 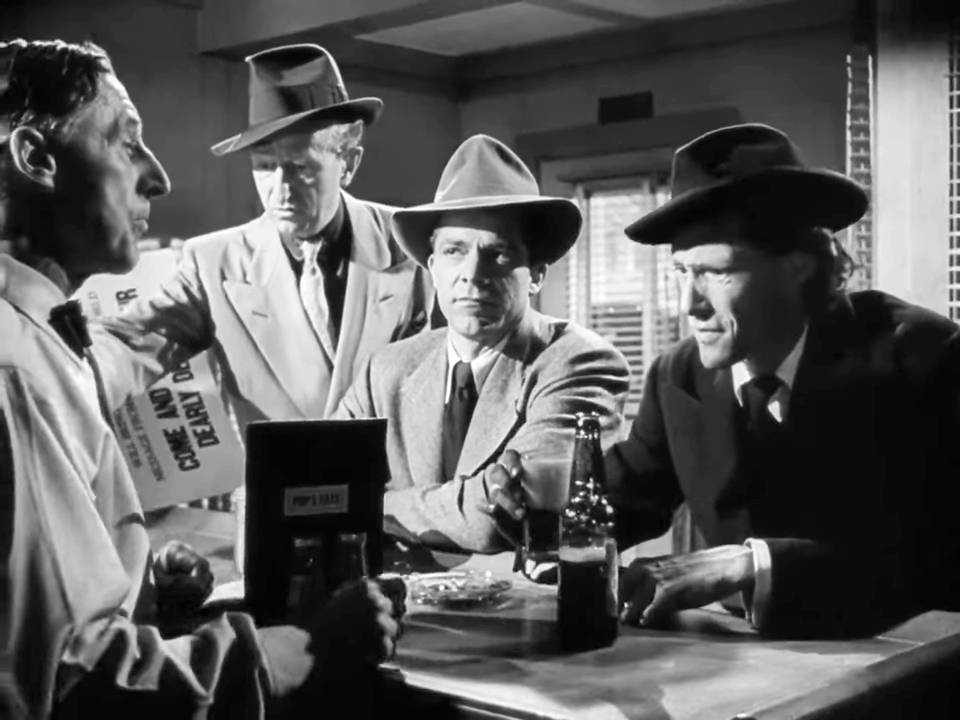 Eric and associates at Pop's Eats

The story development also takes some difficult to believe twists and turns. This may be down to some significant editing, which allegedly was done by order of the studio boss Darryl F. Zanuck. Alice Faye was given the top billing for her role as June. Strangely though Faye seems to be missing from large chunks of the film. Zanuck was, apparently, wanting to promote his new rising star, Linda Darnell, and the easiest way to do this was boosting her role in the film at the expense of Faye. Alice Faye was so angered by her treatment that she broke her contract with the studio (20th Century Fox) and didn't make another film until 1962. That was probably a loss for the studio and definitely for us. 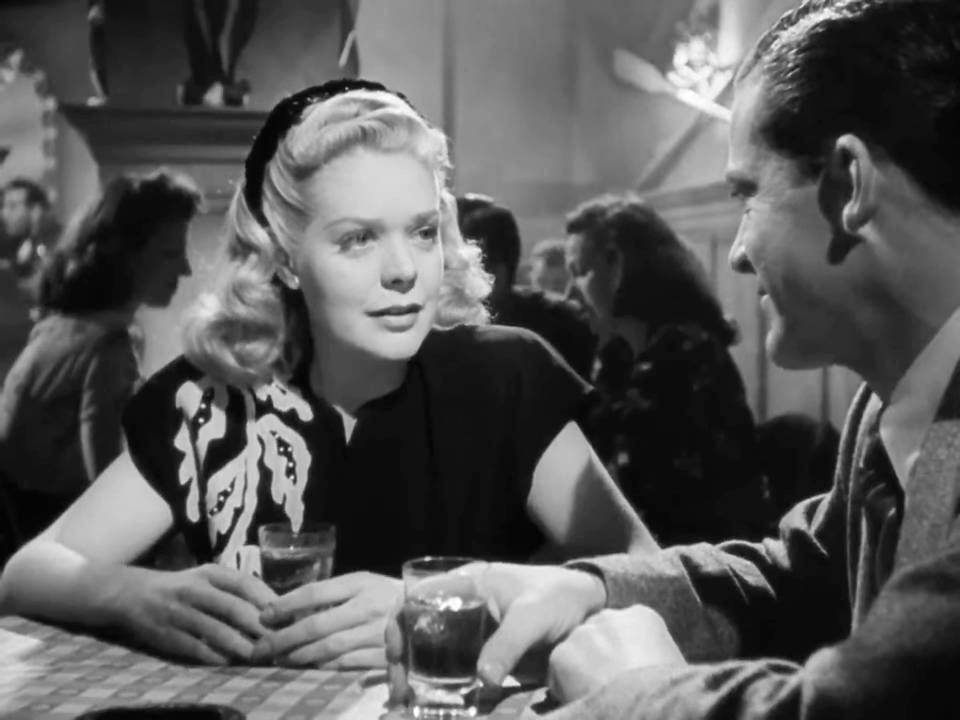 June and Eric enjoying a drink together

It is a shame that Fallen Angel was edited in this way, as the cast had some great performances. Dana Andrews (Eric) was good even though his character was made so unlikable. Alice Faye (June) was good considering her short screen time and Linda Darnell (Stella) had the femme fatale looks & delivered some snappy dialogue, too. There were a couple of great supporting performances from Charles Bickford (Judd) and Anne Revere (Clara). In fact, I would have liked Revere to have a bigger presence in the film. Also, some interesting minor roles from John Carradine (Professor Madley) and Olin Howland (Madley's assistant, Joe).

Had the Zanuck edits not been made and with a few changes to the script, Fallen Angel could have been a great film noir. It is still an entertaining film and well worth watching.