God save the King

Lord, grant that Marshal Wade,
May by thy mighty aid,
Victory bring.
May he sedition hush
And like a torrent rush,
Rebellious Scots to crush,
God save the King 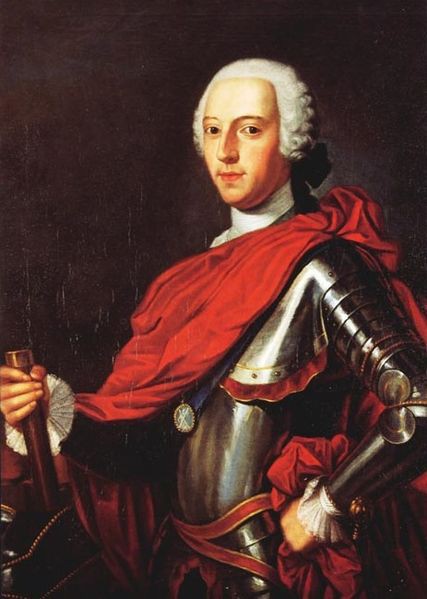 The man pictured was the cause of the stanza, quoted above [1], being written in 1745. The King needing saving was King George II. God save the King became a popular song in the musical theatres of London as King George metaphorically, and possibly literally, was packing his bags ready to leave for continental Europe.

However, the origins of the song are much older with a version dedicated to the birth of Prince Henry Stuart in 1725 and to King James VII and II before that [2]. Even in 1745 there were competing versions of the same song supporting either the Jacobites or the Hanoverians[1] - an early form of propoganda. The winners of this dynastic tussle decided the version of the song used now.

Of course, had the Bonnie Prince and his generals continued on from Derby [3], rather than turning back, the song and the outcome for the Highlands may have been profoundly different.