I don't remember when I first started reading The Scotsman, it was always just there. Every day, around midday, the newspaper would arrive. The paper was folded twice, lengthways, and around the middle would be a slip of paper with our address on it, and a stamp. It was delivered by the postie[1]. As we lived many miles from the nearest shop it was easier, cheaper and more convenient to have a newspaper account at the nearest shop who would then bundle and post it. 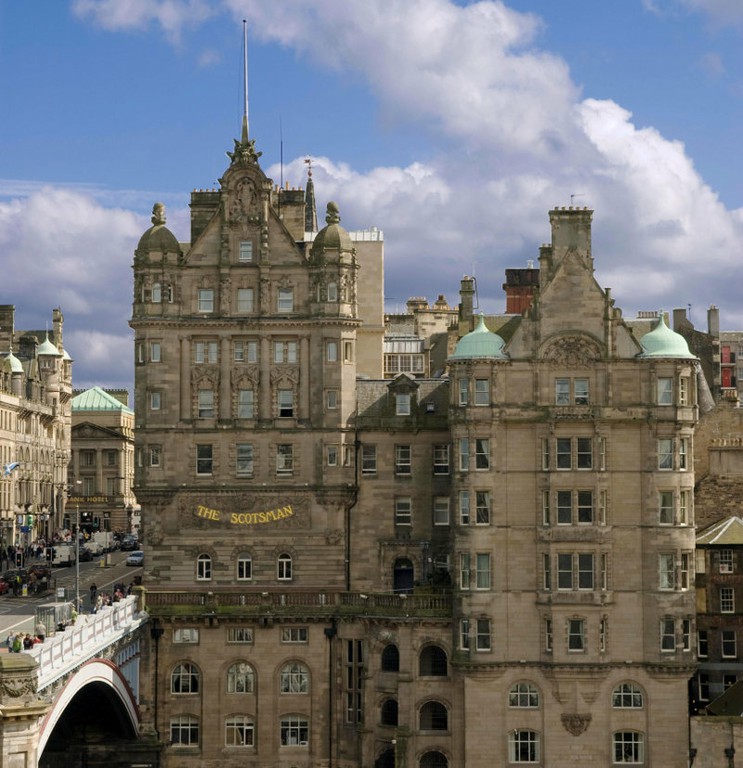 I am not sure why my parents chose The Scotsman, they were both West Coasters, Highlanders at that, and living in the Highlands. Despite its national sounding name The Scotsman's centre of gravity was always Edinburgh and the Lothians. At the time the other national daily broadsheets were The Glasgow Herald and The Press and Journal, which had a Glasgow and Aberdeen area focus, respectively. So, perhaps The Scotsman was no more alien than one of the other two.

The only day of the week when the familiar thistle logo masthead wouldn't be seen around the house was Sunday. There was no Scotland on Sunday nor Sunday Herald in those far off days. If truth be told on Sunday I was more interested in the latest goings-on in Glebe Street, and with the owner of an upturned bucket[2].

My daily fix was completed in 1988 with the introduction of Scotland on Sunday. During the eleven years I lived in Edinburgh I continued to read, and even bought, The Scotsman. Even when I lived in Berkshire, South East England, I used to embark on a trip to the newspaper vendor in front of Reading rail station, to buy Scotland on Sunday.

In more recent times I stopped buying daily newspapers, then I stopped buying a Sunday newspaper, and all my newspaper reading transferred to an online activity. Today, I ended a decades long association with Scotsman publications, I deleted my RSS[3] feed. I just couldn't bear reading The Scotsman anymore. Newspapers always seemed to have a political bias, but it was generally reserved to the editorial column. To be able to judge a situation you would expect the news to be reported objectively, and for the facts to be presented in a logical and fair manner. The Scotsman just doesn't do this anymore. It is sad when you consider The Scotsman's founding principles were ''impartiality, firmness and independence'' and "unblushing subserviency of other publications to the establishment"[4].

Printed newspaper circulations are dropping around the world as more people get their news online, and for free. However, in Scotland the decline seems to be even more rapid. The Scotsman used to sell more than 80,000 copies per day, but is now reduced to 38,647[5] which is a drop of more than 7% compared to the previous year.

I am not wanting a newspaper to have a pro-independence stance, I just want fair and balanced reporting. I suspect there are a lot of potential readers in Scotland who feel the same way.