For more than a year we have had a sika deer hind coming, on a regular basis, to our garden to graze. Last May, the hind had her fawn right next to the house and we were lucky enough to see it within a couple of hours of its birth. In the last fortnight we have seen the deer in the house vicinity every day, and it is likely she has chosen the garden as a nice safe location to bring another fawn into the world. 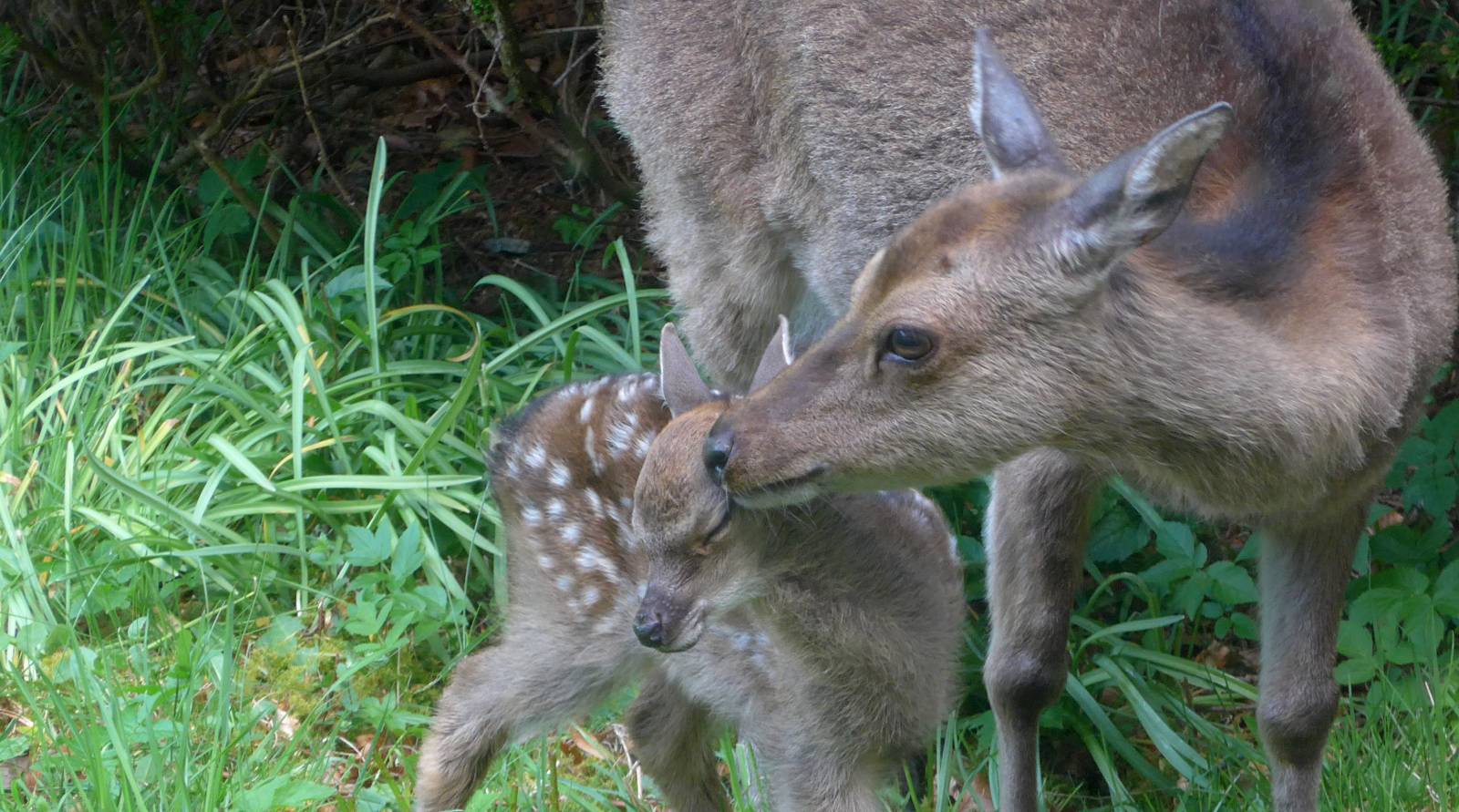 It wasn't a surprise therefore for me to see the deer outside, only about 1 metre from one of the sitting room windows. What happened next really did surprise me. A great tit landed on the deer's spine and proceeded to hop along it's back, presumably searching for insects[1]. The deer didn't flinch or react in any way. The sika must have realised the tit was there. Great tits, in common with blue tits and coal tits, are accomplished fliers who will readily investigate every nook and cranny to find a meal but this is the first time I have observed one hunting on top of a large mammal. Although, this may be because I haven't often observed sika deer at close quarters, over an extended period. Spotting a great tit on the spine of a sika deer at several hunded metres distance wouldn't be so easy.

There is an on-going debate as to whether oxpeckers (of the African savannah) have a mutualistic or parasitic relationship with their large mammal hosts, such as zebras or impalas. The oxpeckers are of a benefit to their hosts when they consume insects but there is also evidence that they open wounds to drink blood. Perhaps, the great tits need to be observed more closely to see everything they are up to[2].