The March and Rally for Independence 2012 took place in Edinburgh on the 22nd September.

The night before the march and rally many parts of Scotland were treated to a meteor shower which must have been a good omen. Whatever the reason after weeks of miserable summer weather we were treated to blue skies and blazing sunshine.We arrived at the north end of Jawbone Walk in The Meadows around 11am and there were already thousands of independence supporters gathered. As the sun was shining everyone was milling around: admiring banners and costumes, chatting, meeting old friends and making new ones. The great weather, good cheer and the music coming from the open topped double decker bus gave the whole event a carnival feel. 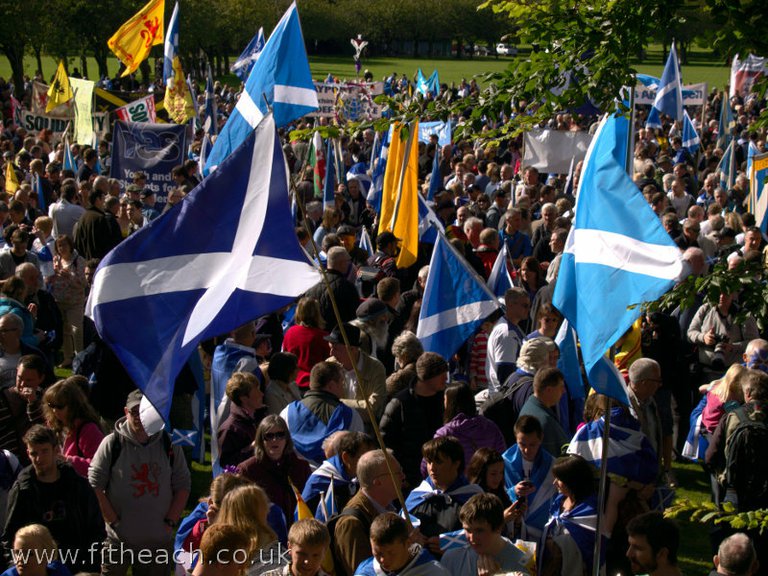 Crowds gathering on The Meadows (click here to see a slideshow of more photos).

After a short while the stewards started forming everyone into a line to follow the pipe band and begin the march. We marched down Middle Meadow Walk, past Greyfriars, across the High Street, along The Mound and then turning into Prince's Street Gardens opposite The National Gallery. It was then only a short walk to The Ross Bandstand where we heard speeches from the likes of Margo MacDonald, Patrick Harvie, Dennis Canavan and, of course, First Minister Alex Salmond. In between there were short musical interludes from various bands and musicians including Dougie MacLean singing his signature song Caledonia. 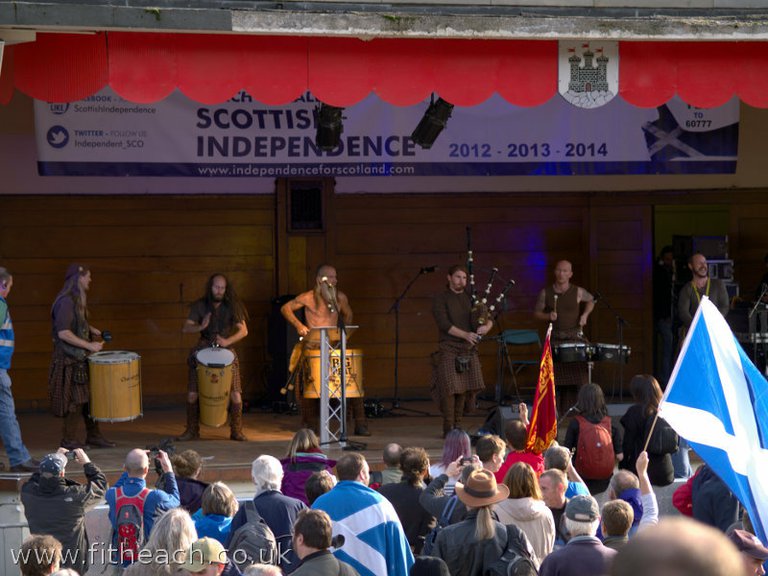 Clanadonia on The Ross Bandstand (click here to see a slideshow of more photos).

In what seemed like a very short time compere Pat Kane announced that it was time to go home at around 4pm. It was great to meet so many people supporting the cause and hearing so many impassioned speeches conveying a positive message for a future Scotland.

I am already looking forward to the second March and Rally next year on the 21st of September 2013.

Has it really been a whole year since the last March and Rally? It is hard to believe as the time has passed so quickly. This year the route was from The High Street, down North Bridge, across Princes Street, ... [Read more]