Love in the Afternoon is a romantic comedy film directed by Billy Wilder, starring Gary Cooper and Audrey Hepburn. The movie tells the story of Ariane, the daughter of a private investigator who specialises in cases of extra-marital affairs. Despite being discouraged by her father, Ariane always shows an interest in his cases. One day she sees photographs her father took of Mr. Flannagan, the subject of one of his investigations, and she is immediately smitten. Later the same day she overhears the enraged husband tell her father that he intends shooting Mr Flannagan for conducting a cladestine affair with his wife. Ariane decides she must do everything she can to save Flannagan. 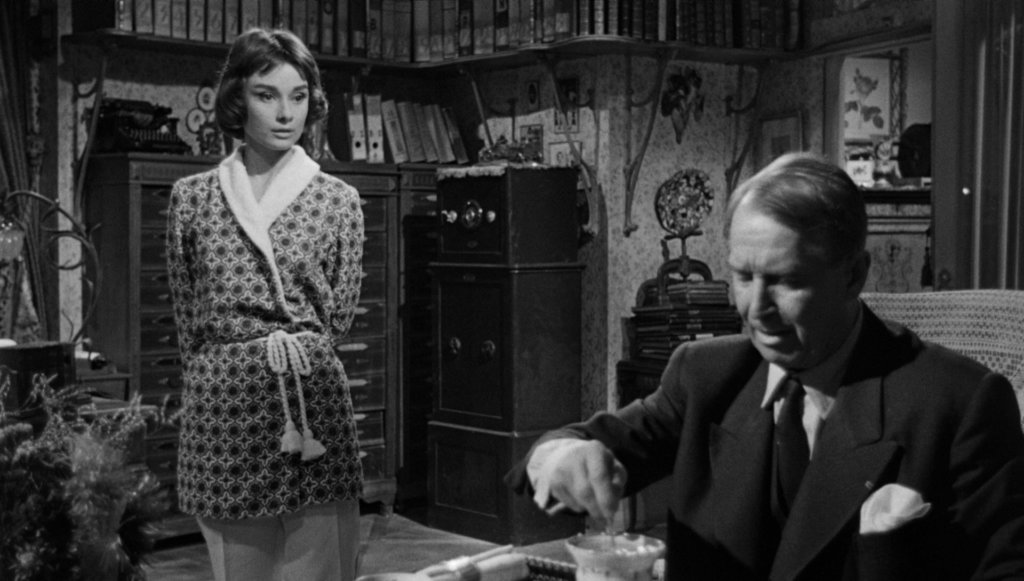 Audrey Hepburn as Ariane and Maurice Chevalier as her father Claude.

Love in the Afternoon (LITA) is directed with style, has great photography and there are some endearing performances from the cast. However, there is one enormous problem with the film: Gary Cooper really isn't convincing as the sauve, sophisticated international playboy he is meant to be. Many reviews, both contemporary and since, have highlighted the age difference between Hepburn and Cooper, but that wasn't the problem. Cooper didn't project that sense of style, of suaveness, that would not only allow you to forget the age difference, but also make the whole relationship plausible.

Apparently, Wilder's first choice for the Flannagan role was Cary Grant, but he turned down the offer. Grant was only three years younger than Cooper, but I could imagine him making the Flannagan character much more believable. In fact, not much imagination is needed as Grant & Hepburn were to star together just six years later in Charade (1963). The chemistry between Hepburn and Grant in that film gives some hints as to how good he might have been in LITA. I'm sorry, Gary. 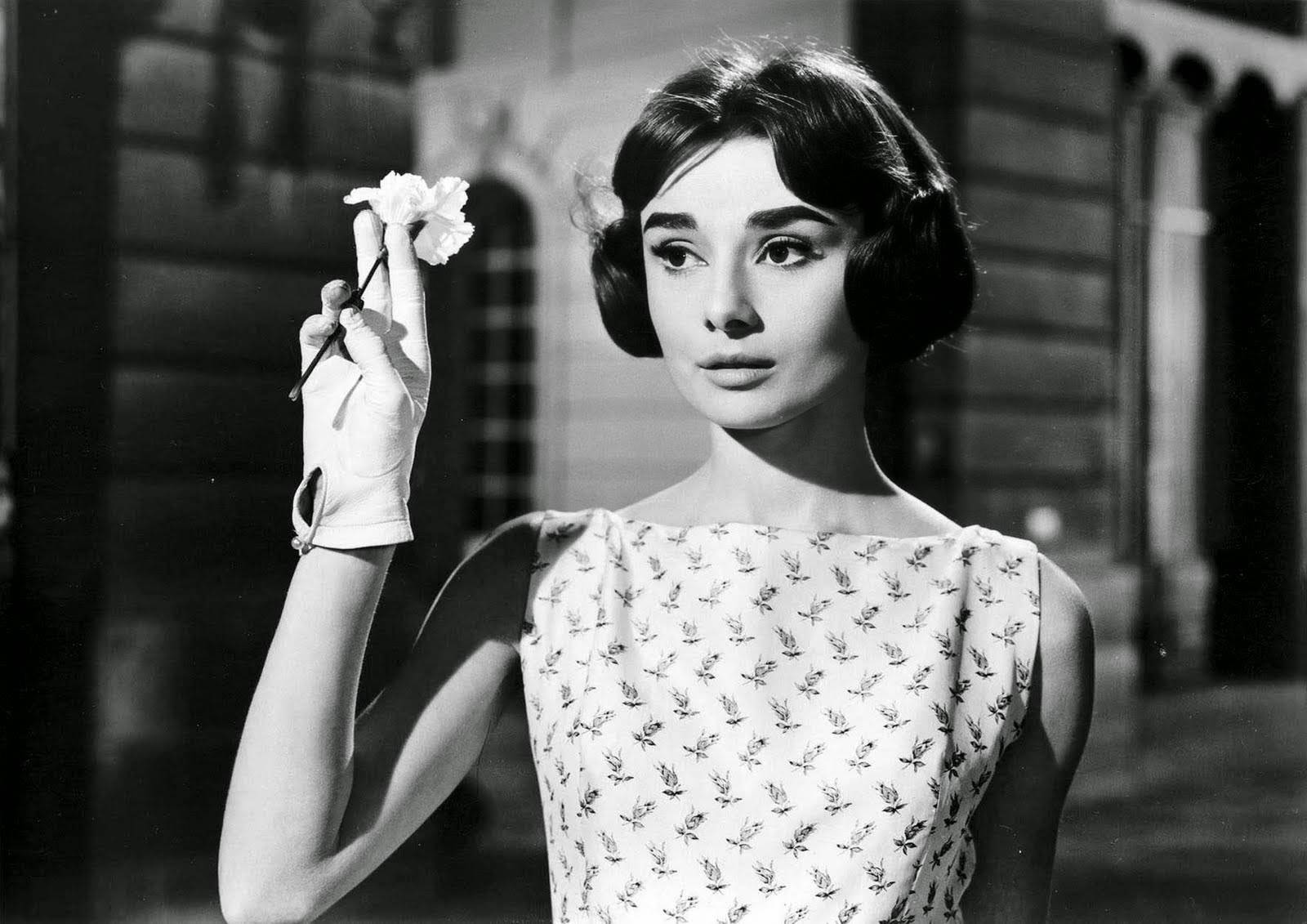 When there is a major flaw with one of the leads it often leaves a film fatally flawed, but LITA manages (just) to escape this fate for several reasons. The portrayal of Ariane by Audrey Hepburn is one of those factors. She is entirely convincing as the sweet, innocent young woman who is equally strong willed and resourceful. The film opens with some scenes showing her close, but unconventional, relationship with her father. The scenes with her father are another one of the joys of the film which, in no small part, is also due to a great performance by Maurice Chevalier. 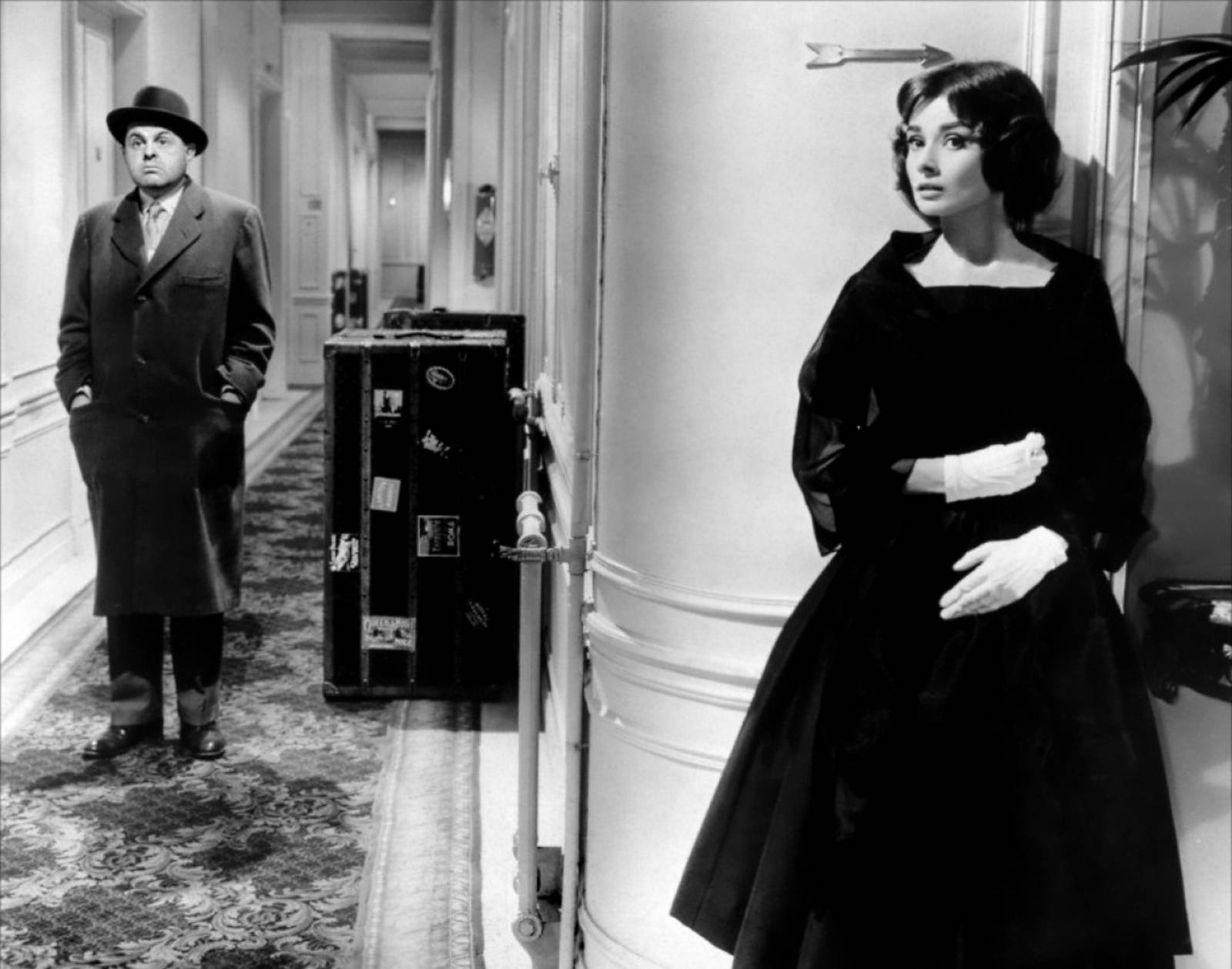 John McGiver as Monsieur X and Audrey Hepburn as Ariane.

Another factor is the rubbery-faced performance by John McGiver as Monsieur X, the enraged husband who is intent on shooting Flannagan. McGiver provides some excellent comic moments including where he lifts the woman's veil and is amazed to discover that it isn't his wife. 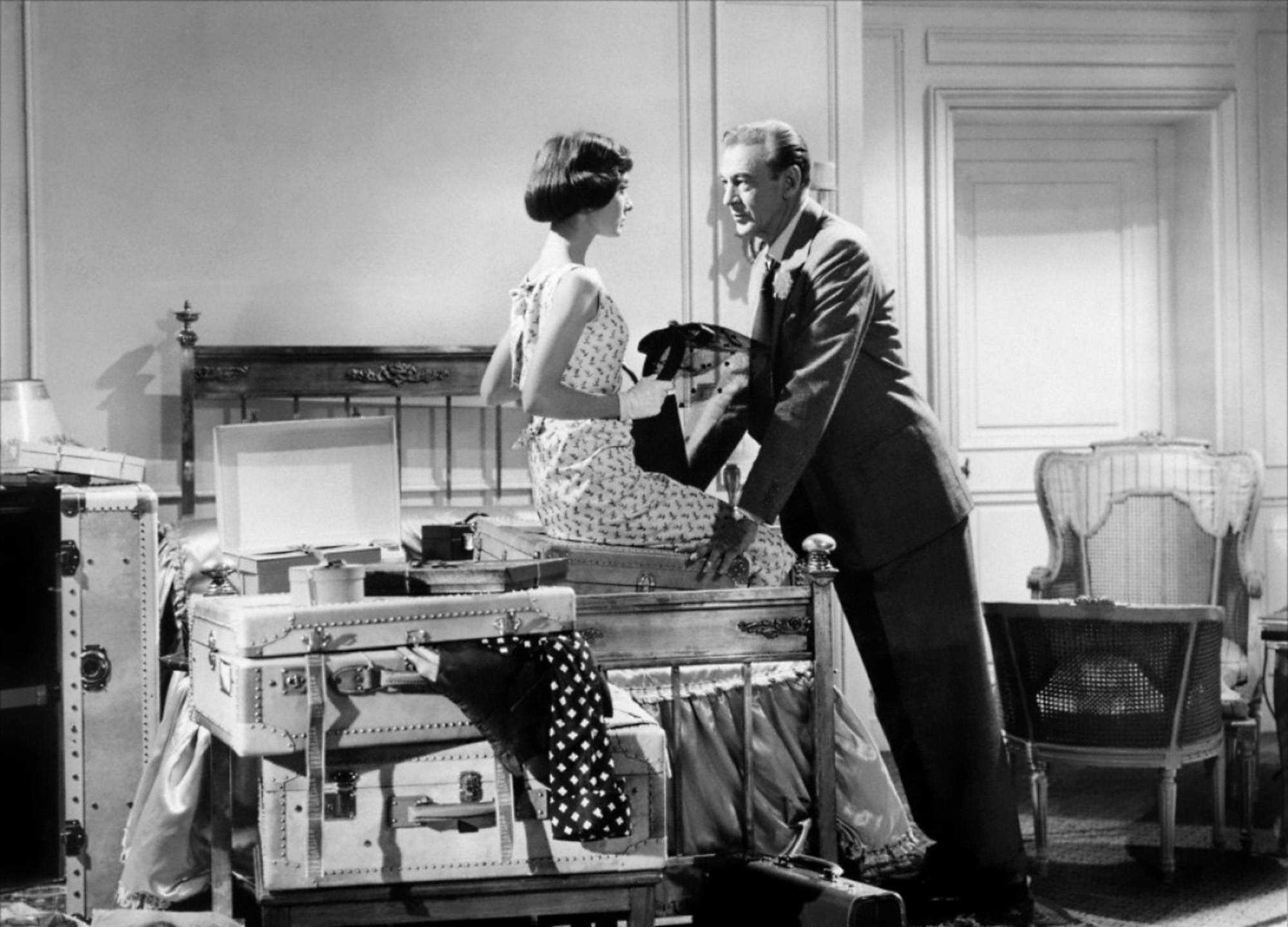 There are plenty of things to enjoy in LITA including some fine photography, witty dialogue and some great comedic moments, but half of the romcom is sadly missing. As they might say in Paris: comme ci, comme ça.

Oh, and one last thing, I really hated the stupid woman who kept hitting her Yorkshire terrier for supposed bad behaviour. The jokes could still have been made without giving the impression it was acceptable to hit the dog. Woof!