Well, I never intended to stay up and follow the election results on the night of Thursday May 7th and into the early hours of the following day but it just became so addictive. For months we had opinion polls that put the SNP well ahead of Labour but somehow the release of the exit poll just after 10pm was the clincher; "I'm staying up". It really seemed improbable that almost every unionist MP in Scotland could be unseated but I couldn't go to sleep not knowing.

This was also the first election night I followed entirely online by using various websites and Twitter accounts (plus a few 'phone calls I received from the Highland count in Dingwall). I was surprised the F5 key on the keyboard lasted the night. Once the declarations started coming in every one was immediately followed by the words "SNP gain". It really looked like the 58 seat prediction could be true and a clean sweep 59 no longer impossible. If I wasn't pressing F5 all the time I might have been biting my nails.

In the end the SNP didn't quite achieve the 58 seats predicted in the exit poll but it was very close at 56; leaving one MP each for the LibDems, Tories and Labour. The first non-SNP seat to declare was Orkney & Shetland (LibDem) at around 4am closely followed by Edinburgh South (Labour) at 4.30am and Dumfriesshire, Clydesdale & Tweeddale just before 5am (Conservative). It was a an amazing result for the SNP and an extraordinary one for Scottish politics. The electoral revolving door saw: Murphy, Curran, Kennedy, Alexander (both), Bain, Moore, Davidson and Sarwar going out and Black, Salmond (some new boy), Whitford, Monaghan (both), Kerevan (my former Economics lecturer), Hendry and Gethins amongst many others coming in. 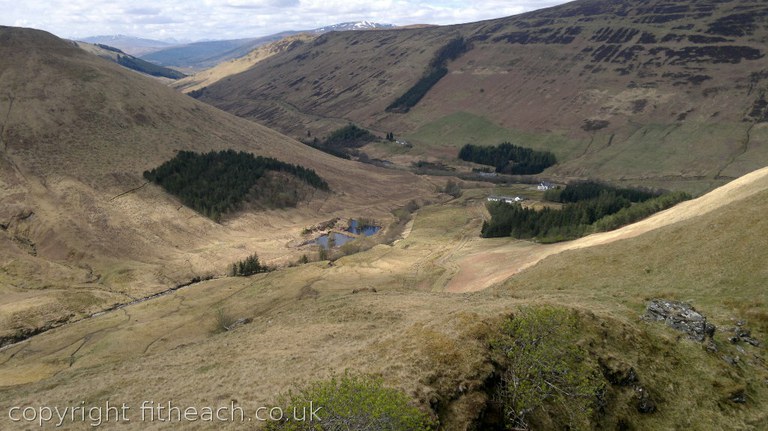 The day already felt sunny but looking out of the window sometime after 6am the weather actually matched my mood. I'm not normally one to have my mood swayed by the weather but the sunshine really made things feel even more special. Some form of recursion seemed to be happening. I grabbed a couple of hours of sleep and then it was time to take the dog for a long walk. Not content with walking around the hill, as usual, we went up to the top where we were rewarded with some great views.

On returning home I checked some of my regular political websites to make sure it wasn't all a dream and to guage the reactions of others to this momentous general election. My research revealed it did happen and "Wow!".

As part of an on-going project to have copies of my music collection on my mobile and tablet, later that day, I took out a few handfuls of CDs to convert them to OGG files. By chance one of the selected CDs was Del Amitri's album Waking Hours which contains one of their big hits Nothing Ever Happens. The song describes how the most amazing or awful things can happen and yet most people aren't even aware of them or understand their significance. I would have agreed with Mr. Currie, in the past, but I am getting the feeling Scotland is changing fast.

Nothing Ever Happens
Justin Currie