Travelling the West Coast of Scotland from Sutherland down to Galloway I have been amazed at the number of road signs that have been peppered with bullet holes. Signs with writing on them seem to be particularly popular although the small passing place signs are also frequently used. It is mainly road signs on single-track roads and quieter "A" class byways in upland areas that are affected. I haven't seen the same thing on the East Coast but that might be because I don't drive around there so often. 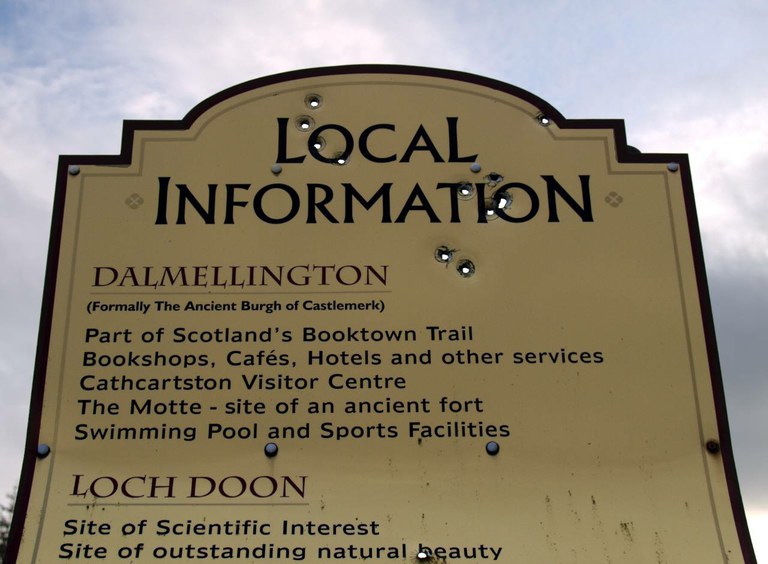 I wonder who is responsible. Is it bandidos coming across the border and shootin' up the countryside? Perhaps, it is cowboys trying to scare off the local homesteaders. Maybe, it is the local gunslingers tired of practising on tin cans decide to try their luck hitting the centre of an "o" and dotting an "i". Of course, the bullet holes might be incidental damage as the Stagecoach flees pursued by Apaches. 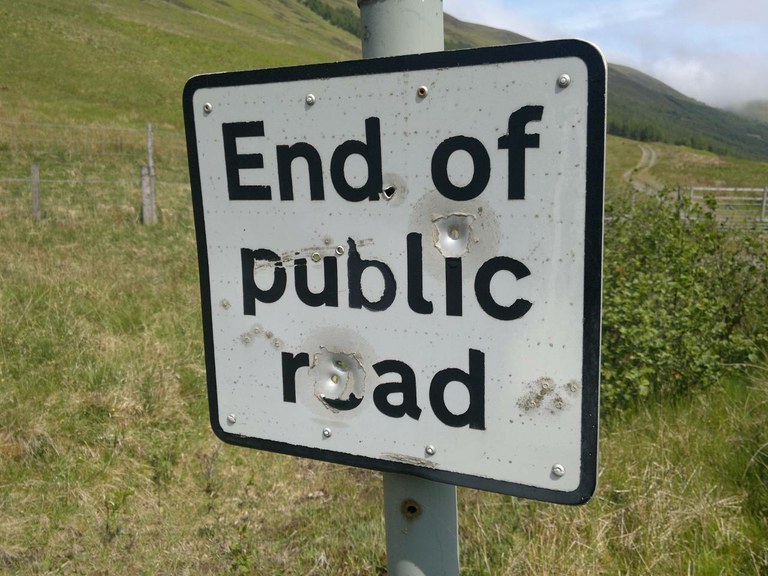 The more humdrum explanation might be that there are bored eejits with rifles using road signs for target practice and endangering the life and limb of other road users.