When we were first acquent

Some years ago I was rummaging through some photographs taken by my father, when it occured to me that the significance of a photograph can change over time. A photograph that can be considered to be just a snap now can convey so much more information, simply through the passage of time. I'm sure everyone has informal family portraits that captured ephemeral moments but the photographs later became much more significant with the loss of a loved one. Even simple things such as capturing the use of some outdated technology or clothes that have long since become unfashionable may be enough.

The two photographs, taken by my father, that inspired the original thought were taken, I think, on the Isle of Skye in the 1950s. The first photograph showed two crofters lifting tatties in a field with the aid of working horses. The second photograph was of a car being loaded onto a ferry, using a crane and straps under the vehicle. Both photographs showed every day activities for the time but which have now been consigned to history. 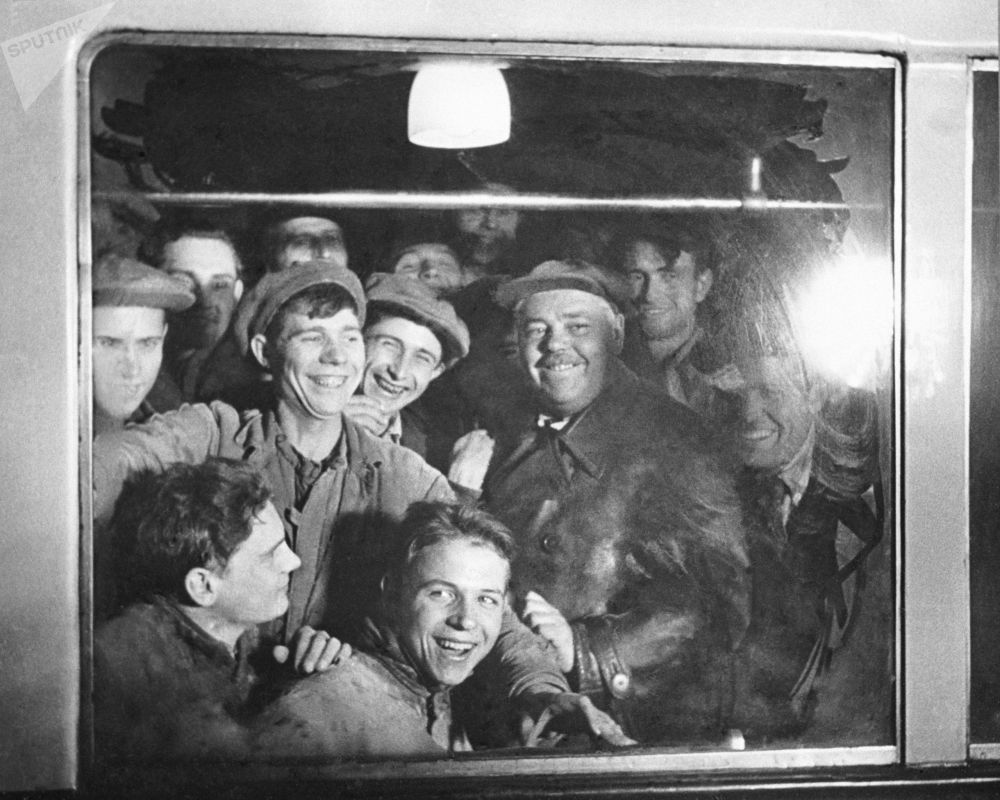 Moscow Metro workers celebrating the completion of their work

I was reminded of the thought when I saw the photograph of the Moscow Metro construction workers celebrating the completion of their work (1935) by being the first passengers. Not only is the photograph such a delight because of the obviously happy workers but also because of the record it provides of something that happened over 80 years ago. The hurriedly, and incompletely, cleaned window is a nice touch too, was it the photographer?

It also appeals to me that the first people to ride on the new Metro were the workers that built it.

Don't delete those snaps of today, you never know their significance in the future. The only downside is you might have to wait 60+ years.