I went for a walk along a forestry style track, yesterday. Ahead of me was a ewe, with two lambs. The ewe felt nervous about my approach, and started to trot away from me. The lambs were, of course, following her closely. However, the sheep didn't trot away uphill or downhill. Instead, they continued along the track. I also continued along the track. All of us walked in this procession for some time. As the sheep were moving faster, they increased the distance between us. In a short space of time, I could see the sheep about 1000m ahead of me. 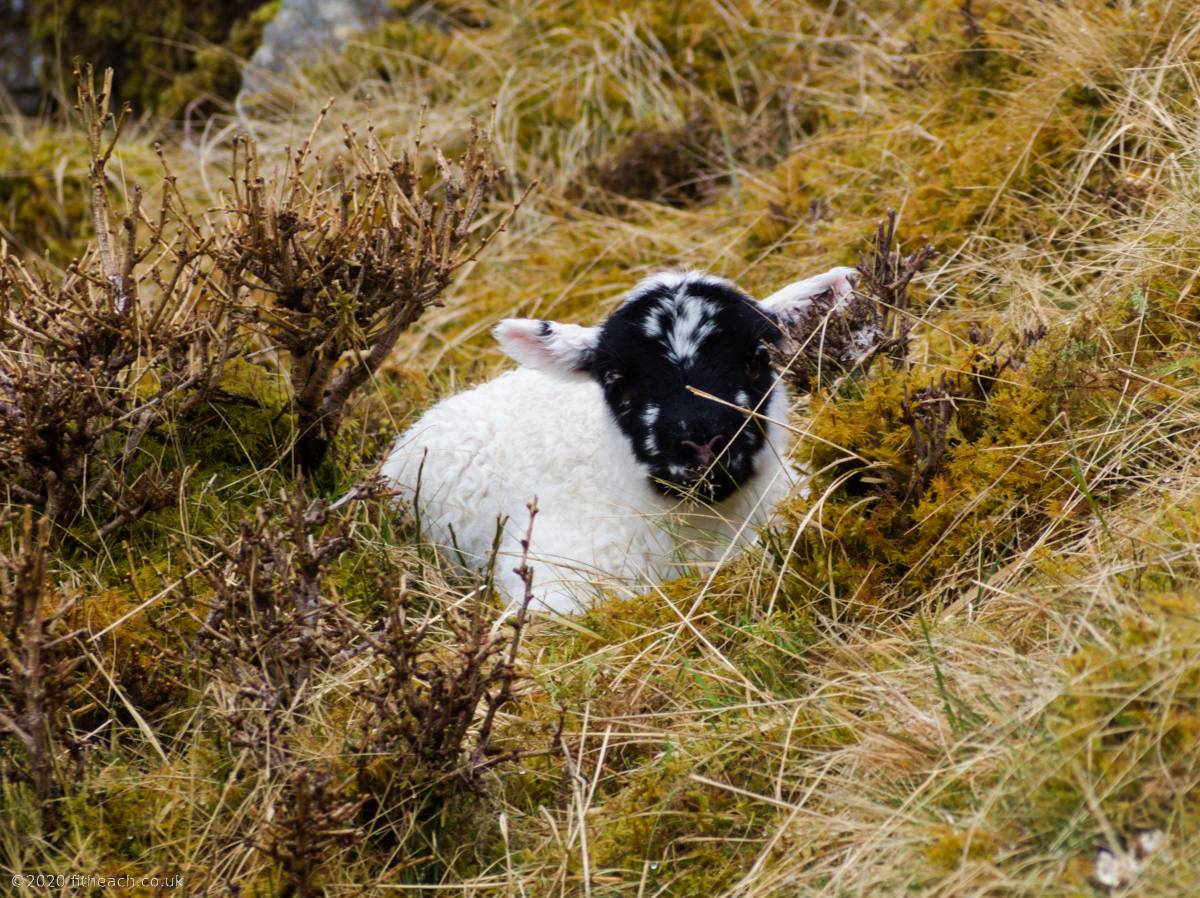 Where's mum? A very young lamb, lying low, by the side of the track.

From that distance it looked like there was only one lamb, but I couldn't be certain. I didn't give it any more thought. I continued my walk along the track. It was then that I suddenly noticed a wee white bundle, lying by the side of the track. It was one of the twin lambs I had disturbed earlier. I took a couple of photos (including the one above) and moved on for a short distance. I stood for a few moments, and considered how far away the mother ewe and twin sibling were from this other lamb. I took another few steps along the track, but stopped rather quickly as I felt something touching my legs. It was the lamb. I walked on for a few seconds more. Yet again the lamb followed me, and then nudged my legs. I repeated the exercise, and so did the lamb. 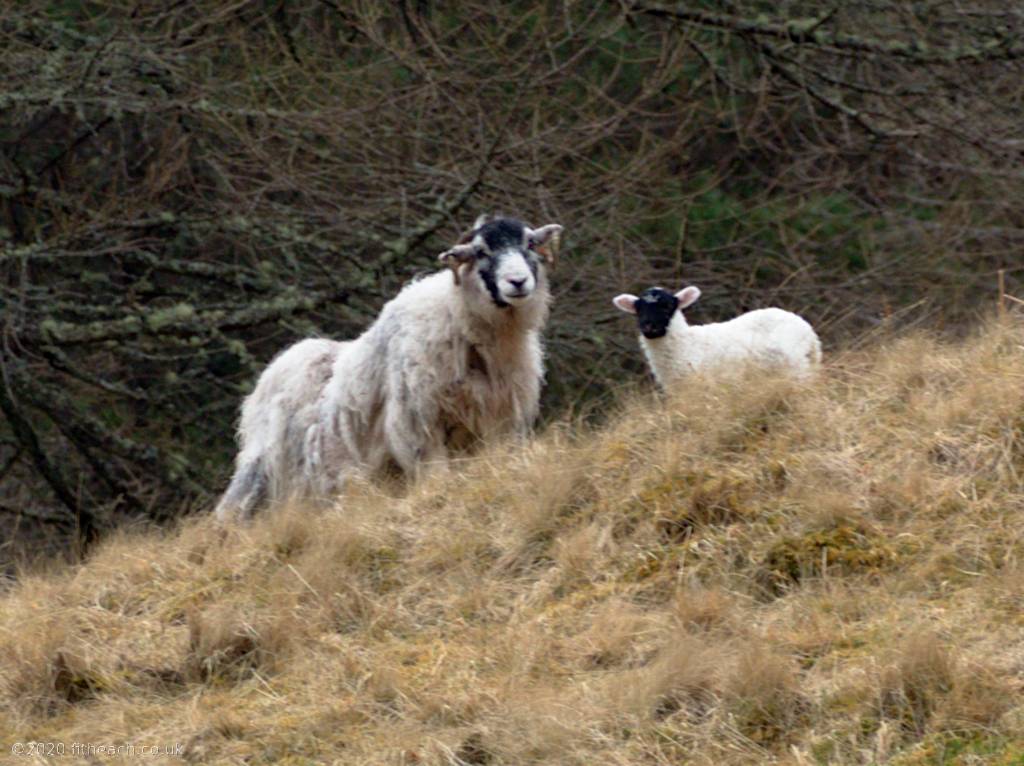 The mother ewe, and the twin sibling lamb.

Oh, merciful heavens! In the few seconds it took me to take the photographs, the lamb had imprinted itself on me. The mother ewe and other lamb were still visible, so I decided to test the situation by walking back in the opposite direction. The lamb followed me. I was in a right pickle. As cute as the lamb was, I didn't want to be responsible for a young life. I had to reunite the mother and lamb.

By this time the ewe and lamb had moved uphill from the track, but were still visible. I was worried that the mother was so spooked by my appearance that she might not come back for her other lamb. I decided I needed to bring them together. My plan was to get behind, and above, the ewe and lamb, and drive them back to the solitary lamb. I had to do this quickly as the mother was still moving away from me. I started to jog along the track. My heart nearly broke as I looked back and saw my new charge trying to keep up with me. The wee spindly legs were doing their best to stay with me. Thankfully, after a short while the solitary lamb gave up, and lay down on the track.

I increased my jogging speed, I had to overtake the other two sheep. I managed to overtake the sheep in one plane, I now needed to jog up the very steep hill to get above them. This was hard work. After scrambling and slipping, puffing and panting, I managed to also get above them. I stopped for a few moments to enjoy the view, and congratulate myself on achieving the first part of my plan. I started to move down the hill at an angle towards the ewe and lamb. They were driven ahead of me at the same angle. Yes! It was working. After a short while the two sheep rejoined the track, and, to my great relief, started to walk towards the solitary lamb. Just a few minutes later and all three were reunited. I was so happy. My ever so brief period of parental responsibility was over. I wasn't going to take any chances and moved uphill so as not to disturb the family unit again. I got back to the car a little more tired than usual, and also a little emotional. I will miss "my" wee lamb. Those few seconds of him nuzzling my legs and running after me affected my emotions.