A couple of days ago I saw these two boats coming up the canal towards us, as we were doing the daily dog walk. It was clear from a distance that the two boats were very close together, and I assumed the first boat was towing the second. 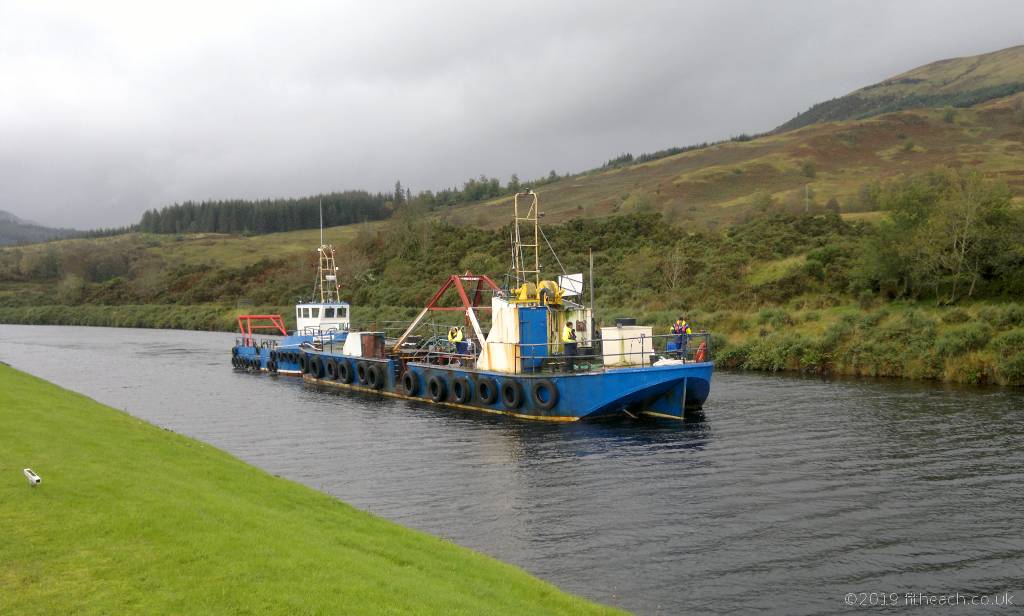 Two boats on the Caledonian Canal. One boat appeared to be towing the other..

However, once the two boats were level with us, it became apparent that the second smaller boat was pushing the front boat along the canal. The first and second boats were tightly roped together, and there was a large vehicle tyre wedged between them. It seems an unusual procedure to push another boat over a long distance, but my nautical knowledge is very limited. 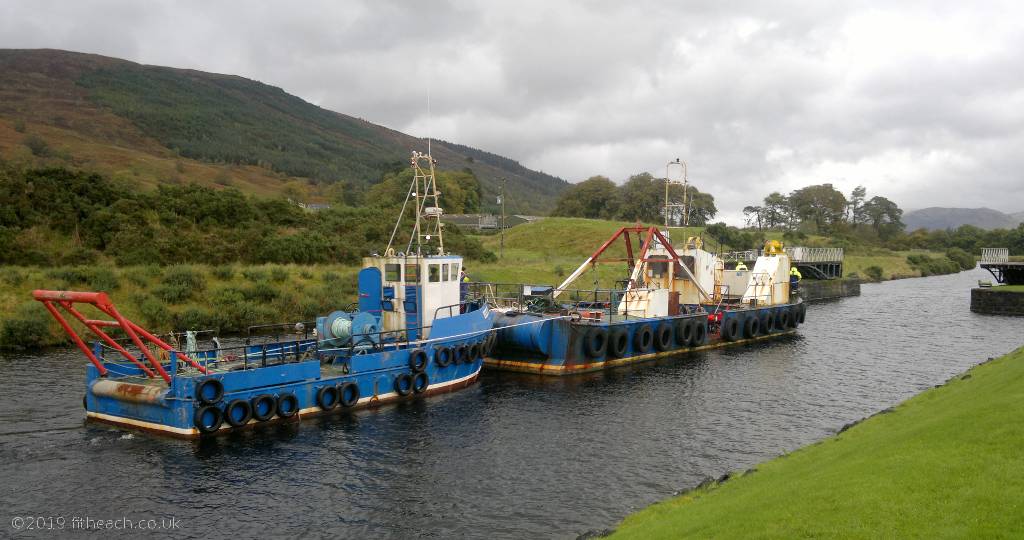 As the two boats passed I could see that the larger front boat was being pushed.

Not far from the point where the second photo was taken there are a couple of quite sharp bends in the canal. I do wonder how you manoeuvre the front boat round these bends. Would the rudder in the front boat still operate effectively when it is being pushed? I had hoped to encounter the crews at the next set of canal gates, so I could ask them some pertinent questions, but they had gone by the time we got there. My questions will remain unanswered.