For the avoidance of doubt, the title of this post refers to the breed of dog. It might also refer to the human inhabitants of this country, but that is a topic for another day. Furthermore, on the point of nomenclature, I prefer the breed's original name Aberdeen Terrier but most people probably know them as Scottish Terriers (Scotties for short) and that is the term I will continue to use in this article. 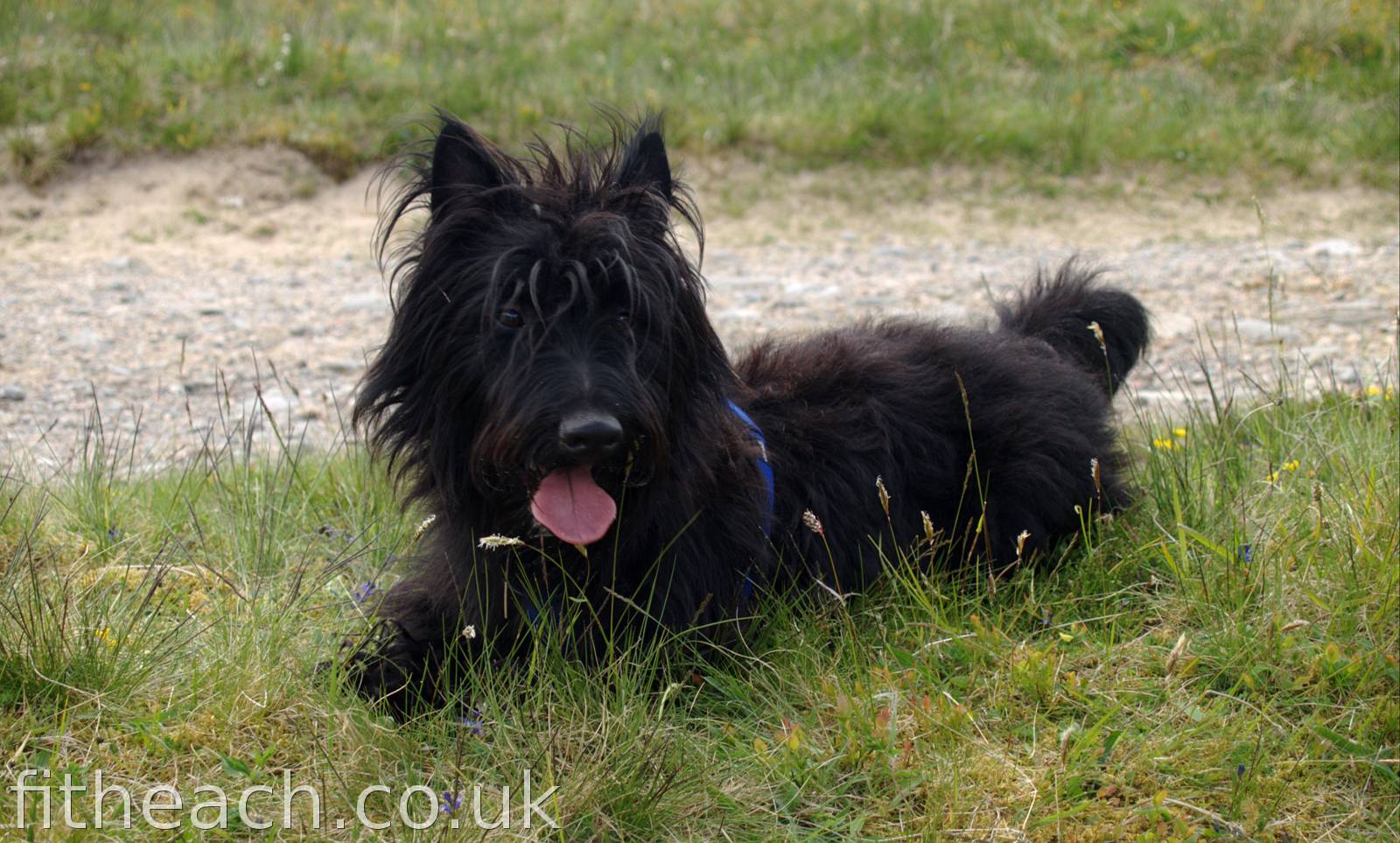 All the Scottish terrier breeds are great wee dugs and they share many of the same characteristics but, to me, Scotties just seem to have that something extra. How can I say that? Well, I might be biased as we have a Scottie boy, called Neachdainn (shown in the photo above). However, I also know some of the other terriers of Scottish origin1 quite well. My formative years were spent in the company of a Westie (West Highland White Terrier) called Sandy, he was a wee character too. Many years later we had several Cairns (Cairn Terriers) and our last dog was another Cairn. Strangely, people often used to mis-identify the Cairns as Scotties but now we have a Scottie, a correct identification still isn't made.

The origin of the word terrier comes from the Latin word terra, meaning earth, probably because the dogs of this group would go to ground in search of their quarry. All the terriers were originally bred as working dogs and the small ones were typically used for vermin and pest control.

To do their jobs the terriers had to be resilient, fearsome and willing to go down burrows. They were selectively bred for hundreds of years to enhance these desired characteristics. I have read that strong tails was a desired characteristic so that dogs could be pulled out of collapsed burrows. I don't know if this is true but I can confirm that Neachdainn does have a sturdy tail.

In more recent times the majority of Scotties will be family pets, rather than working dogs, but some of the original characteristics will still be there. I can certainly see it in our Scottie, as he, for example, likes to do his own thing and he has a very high prey instinct. It is probably this history that adds to the great wee personalities that Scotties possess.

The following descriptions apply specifically to our Scottie, but many will apply to other Scotties too.

The video below is from our good friends at Agility Scottie, it shows Finnlay & Islay playing at Formula 1. Keep an eye out for the famous Hitchcock, as he looks on with bemusement.

Check out the other videos from Agility Scottie, they're all great.

We take care not to expose ourselves unnecessarily to pesticides, and we extend this precaution to our doggie companion. In particular, this means we do not use a spot-on insecticide or a tick/flea collar. [Read more]