This is an account of my five-day mission to explore to the far extremeties of The Fediverse. Although I am a complete newbie to The Federation and The Fediverse I hope this very naivety has some value. If the free social network is to grow and prosper it needs to attract people who, like me, don't completely understand it.

I've been considering using some kind of social network in addition to this blog (specifically) and the website (generally) for years. The main reason I haven't acted on it, until now, was my aversion to commercial products like Facebook and Twitter. I don't object to companies making a profit from their software services, but rather the manner in which most commercial social networks do it. I object to being the product.

I was aware of diaspora when it launched in 2010 and was positively disposed towards it because it was free software and user owned, but I didn't feel a need to create an account. A couple of years later a specifically Scottish social network appeared, KILTR (now defunct), which looked interesting, but I still didn't feel the need.

I have operated my own website, with blog, since 2008 and then, like now, it fulfills its purpose of publishing longer form content. If there was one thing missing it was the ability to disseminate and discuss short form content, or microblogging as most people call it. 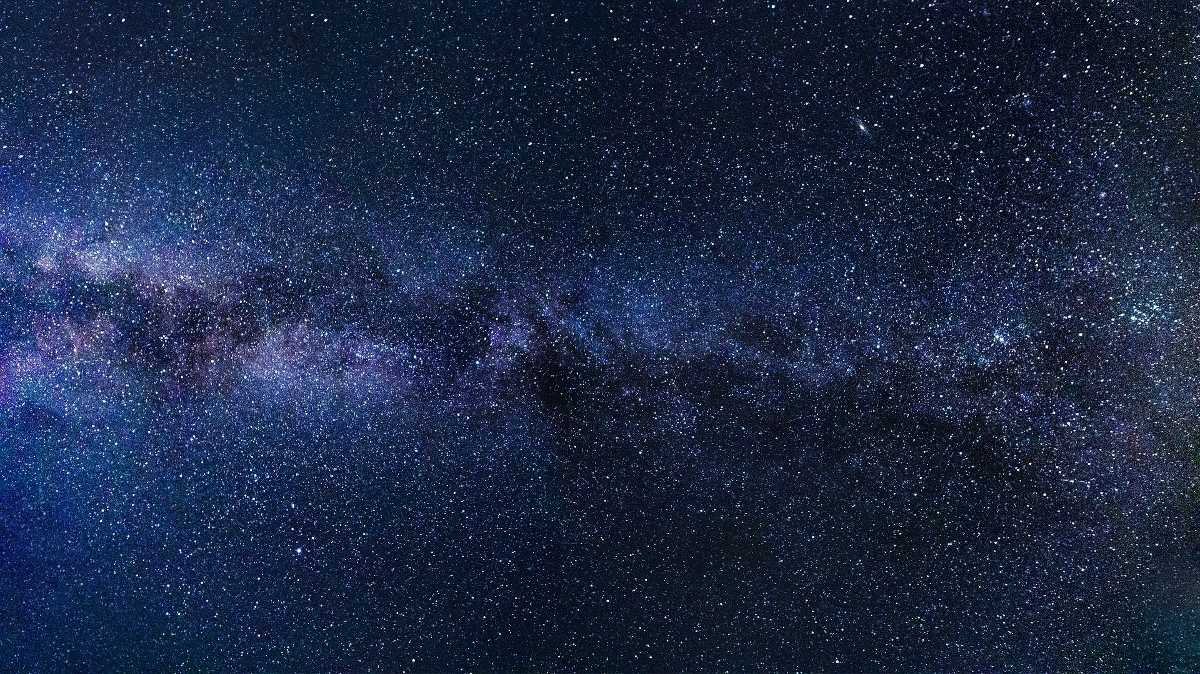 The Fediverse is a big place, where it is easy to get lost.

Fast forward to Friday of last week; I decided to do something about my microblogging requirement. I started my research by looking for Mastodon, which had stuck in my mind because of the cute mascot (is that just me?). In recent months I was reminded of Mastodon because there has been an on-going buzz about it. On searching for Mastodon I was initially directed to the Wikipedia page, but that turned out to be a Heavy Metal band. After some more clicking I found the joinmastodon.org website, which looks good and provides the essential introductory information. The website has some short paragraphs describing Mastodon and a screenshot of the web-based user application. Anyone who has ever used TweetDeck would grok the web application immediately. There are some links to media assessments of Mastodon, and a tool to help users select an appropriate instance. Selecting an instance gives more specific information and even "a look inside..." for that instance. Well, that was a good start. 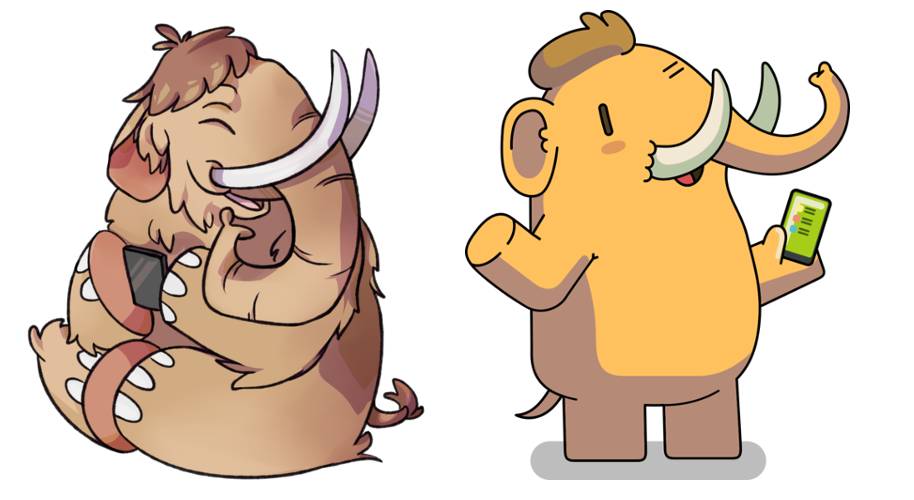 Two representations of the Mastodon mascot

As stated earlier, I also remembered diaspora from the past and thought I should check it out again. The diaspora website gives lots of summary information but it lacks any screenshots or links to instances you can view. I still don't know what a diaspora instance (pod) looks like, I've never seen one[1]. It is possible to select a pod, but you need to register to view it. Is this a technique to increase registrations or just an oversight? Sorry, diaspora, I'm not registering, just to have a look.

I chanced upon a blog post that compared diaspora with Hubzilla; I continued my journey by looking for Hubzilla. Near the top of the Hubzilla website was the phrase "Ready to dive in? Register an account on..." Noooo! Next to that there was a "Try a demo" button, but the demo didn't work for me. I tried the demo in Palemoon, Firefox and Chromium and it didn't work in any of them. Hubzilla has a really impressive features list and includes: cloud file storage, events, a CMS as well as social media tools. It was a shame I couldn't see it. Some time later I stumbled upon prominent Hubzilla advocate Sean Tilley and perused his Dead Superhero website. So, that's what a Hubzilla site looks like. It looks quite good.

Off on a tangent

It was at this point I went off on a tangent, because I had a eureka moment. I had read the terms "The Fediverse" and "The Federation" and had either lumped them together or confused them. Within the free social network universe there are several different types of network, using different protocols. What distinguishes the free social network from its commercial competitor(s) is the distributed nature of the network (the federated part) and the focus on privacy. The aforementioned Sean Tilley explains the federated network part, rather nicely, in an article at medium.com using Venn diagrams. I love Venn diagrams. 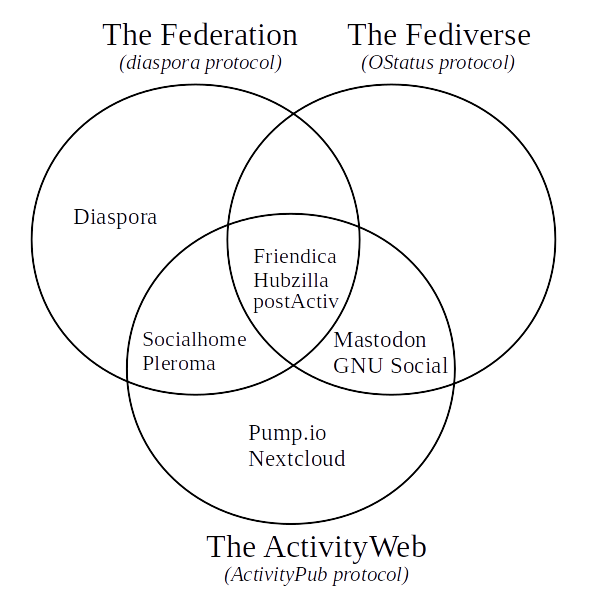 If I'm wearing my SysAdmin hat all these protocols, the applications and their roadmaps are interesting but from a user perspective they are mostly irrelevant. The important user distinction is between applications which are Facebook-like (no pun intended) and those that are Twitter-like. diaspora, Hubzilla, Socialhome and Friendica provide an environment like the former and GNU Social, Mastodon, postActiv and Pleroma are more like Twitter.

Armed with my new realisation, I knew that I should focus my research on the Twitter-like or microblogging applications but the completist in me wanted to finish my journey around The Fediverse (from now on I'm going to use this portmanteau to refer to the whole free social network).

friendica also has an attractive and easy to understand website, with short paragraphs explaining what it is and how it works. There is even a dedicated page for screenshots, showing some of the key features. A good start, but just like diaspora, to see a running instance you need to login or register. Aaaarrgh!

The last of the macroblogging (that's a word now) group of applications I looked at was Socialhome. Socialhome piqued my interest for two reasons: firstly it has quite a unique layout compared to the rest of the Fediverse and secondly it uses Python and Django[2]. I've been installing and developing Django sites for years, so if I wanted to host a Socialhome site I'd probably feel right at home. The Socialhome site content was aimed more at a developer audience and had no links to real instances. One post on the site showed Socialhome displaying images in a Pinterest style, which looked interesting. As a developer, I'll certainly keep an eye on this project.

Next on my list to investigate was postActiv. The postActiv website was another one that doesn't have an end-user focus and is more developer oriented. There were no screenshots and no links to running instances. One of the links in the main navigation (THE NETWORK) was dead (404). So, nothing here for the end user but as a developer I wouldn't be inspired by postActiv either.

The postActiv website mentioned the project software is derived from GNU Social, so that became my next stop-off. The GNU Social website is about providing the software (no surprise) rather than promoting the ecosphere, but it does link to some (only 16) known instances. However, I found some of the links never resolved and I also saw a message that another instance, quitter.no, was closing down soon. That didn't inspire confidence. The Free Software Foundation runs a GNU Social instance and I had a good look around it. I quite liked the compact, minimalist style and can imagine it would appeal to clubs, associations and companies. I got the feeling that some functionality was missing becuase I wasn't logged-in.

The last stop on my journey was to Pleroma. The main pleroma.social site is a simple one-pager which covers the basics of this frontend and server application. There is a link to a blog post which answers the question "What is Pleroma?", in a FAQ style. The blog post answers all the questions a user might have and it has screenshots. There were also links to some example instances I was able to look at. Finally, the pleroma.social page had a link to all the known Pleroma instances; there are a lot of them. All sounds great, any downsides? Well, the choice was overwhelming and there was no means to filter them by, for example, main language or topic. None of my random selections appealed to me, so I didn't register with any of them.

That took me right back to the start of my journey and the joinmastodon.org site where I decided I should select an instance. I chose mstdn.io because it isn't focused on a particular theme or topic (like my writing), it has a fairly large user base and is connected to many other servers in The Fediverse. The mstdn.io instance page also stated that the server hardware was powerful and reliable. Finally, I was quite taken by the shortness of the address mstdn.io, only seven letters and one punctuation character.

I was all ready to explore my new home and start posting. Except, I had a brain<-->fingers interface failure when registering and entered my email address with a typo. This resulted in the required confirmation email being sent into a blackhole. Luckily, I was able to contact the instance admin, Angristan, and he kindly sorted the problem.

You can now find me posting at mstdn.io/@fitheach. This address is also listed in the footer of every page, just look for the Mastodon icon.

I don't have a particular allegiance to, or antipathy towards, any of the projects in The Fediverse. I have chosen Mastodon because I believe it is a good fit for my requirements. Making my choice was certainly aided by clear information, nicely presented. Pleroma was also a contender but I felt unable to choose an instance, as my random selections didn't appeal and it was taking too much time. GNU Social had only a few instances to choose from and they weren't the communities for me.

If I didn't have this website, I may have made a different choice. Then, I might have been in the market for a diaspora, friendica, Hubzilla or Socialhome type solution.

I would like to see The Fediverse, in general, to grow and prosper. There is an inherent danger in our online communications being dominated by a handful of mega corporations, operating on a global scale. Although, for example, Mastodon is a big player in The Fediverse it is tiny compared to Twitter or Facebook. Improving interoperability between the players in The Fediverse is important and is already happening. This will help grow the user base in the future but there are some things which can be done now to attract new users.

If you travel a long distance or go to a new place it is useful to have accurate maps and attractive, easy to use visitor guides. In this respect coverage for The Fediverse is a bit patchy. If there are websites extolling the virtues of the whole Fediverse, I didn't find them[3]. Promoting the concept of The Fediverse with its federated model and focus on privacy would benefit all the individual projects. I've often been asked "are you on Twitter?", but I'd loved to be asked "are you on The Fediverse?".

Ultimately, users will have to make a choice as to which tool they use to explore The Fediverse and that typically means going to the individual project websites. Usability consultant Jakob Nielsen once said that web pages must clearly communicate their value proposition within 10 seconds or they lose the visitor. From a user perspective not all of the websites I visited would pass that 10 second rule. It is not easy but it can be done.